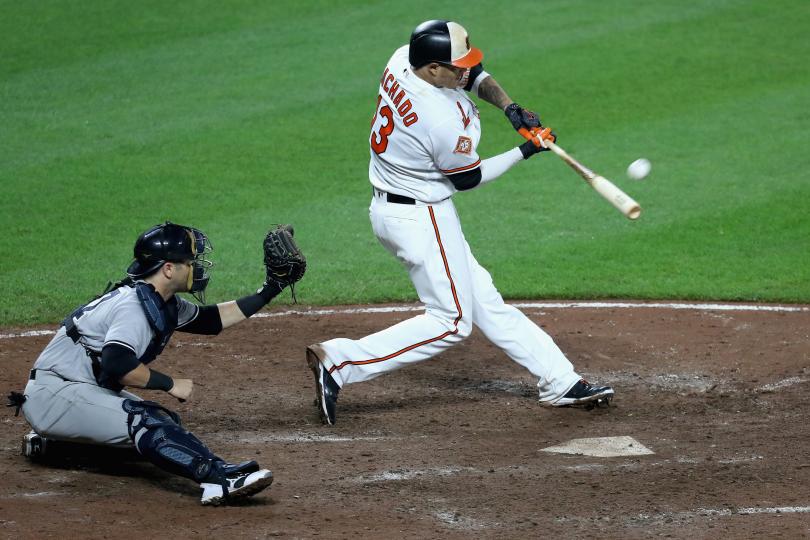 Although it might seem like a longshot, the possibility remains that Baltimore Orioles third baseman Manny Machado could become a New York Yankee before the end of the offseason.

The Yankees have added Giancarlo Stanton to their lineup late in 2017, and want to add another star. New York has been in contact with the Orioles about Machado, according to media reports released this past week.

That does not mean a deal is even close, as no team looking to acquire Machado has come close to the asking price of Baltimore, but it suggests that the Yankees have a high priority at third base.

New York also has looked at adding one more topflight starting pitcher, has held talks with Pittsburgh about Gerrit Cole, and has investigated top free agent pitchers such as Alex Cobb and Yu Darvish.

However, talk of late has centered on third base becoming more of a priority. The Yankees might not have the flexibility financially to pull of both, though trading Jacoby Ellsbury or another top veteran in the pay ranks might help them in that situation.

There is some surprise to the thought the Yankees want more starters. They have several options on the mound which would make the hot corner a bigger priority.

If the season started this week, New York would have a starting rotation of Luis Severino, Masahiro Tanaka, CC Sabathia, Sonny Gray and Jordan Montgomery. In addition, as backups or spot starters there is Chance Adams, Domingo German and Luis Cessa.

However, at third base, the Yankees have Miguel Andujar and Gleyber Torres. The Yankees need an upgrade at second since they only have Ronald Torreyes.

Therefore, New York wanting to bring in a surer thing, such as Baltimore’s Machado, makes good sense. The is true if they want an alternative like Todd Frazier, who is still a free agent and was liked by the team during his time with the Yankees.

There is no doubt things could and likely will change, and maybe for example the Pirates will lower the price they want for Cole, or Darvish will decide pinstripes look good on him.

However, third base remains a hot topic in the Yankees front office and although it does not seem likely Machado will be wearing pinstripes, with the Yankees you never know.