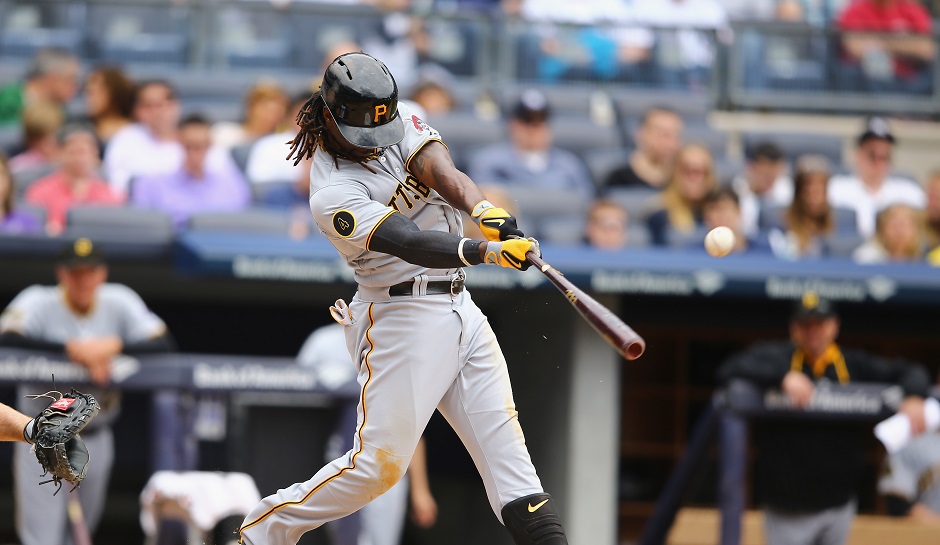 Late last week, rumors swirled around the speculation of a possible trade between the San Francisco Giants and Pittsburgh Pirates for veteran Pirates outfielder Andrew McCutchen. Now the New York Mets have been added to the list of Major League Baseball teams that are interested in acquiring McCutchen.

Following their very disappointing 2017 season, the New York Mets want to return to contention in the National League East under their new manager Mickey Callaway. If the Mets are to accomplish that feat, they will need to address several needs on their roster.

One of the big needs the Mets have is outfielders. Currently on the roster, the Mets have Brandon Nimmo and Juan Lagares slotted in as probable starters. Once Michael Conforto is healthy enough to play, he will be added to the list, but an exact timetable is unknown about his return.

That is why talk about McCutchen has surfaced as far as the Mets are concerned. The veteran center fielder for the Pirates enjoyed a comeback season during 2017. During the regular season, McCutchen .279/.363/.486, with 28 home runs. This season will be his last before his contract ends and he could leave as an unrestricted free agent.

His production for 2017 was good, but quite shy of his peak years from 2012 to 2015. On defense, McCutchen no longer can do his thing in center. He is a good fit when it comes to the needs the Mets have in the outfield, but the farm system for the Mets is not the deepest after moving beyond the players they have tagged as untouchable, which might make it difficult to orchestrate a trade with the Pirates.

That means the odds might be stacked against the Mets making a trade for the veteran players unless they are willing to let the nearly untouchable Amed Rosario go or a combination of farm prospects with veteran players already in the Mets lineup.

The Pirates are open to moving McCutchen now as they know if they wait too long he may leave for free and they will receive nothing in exchange. Nonetheless, they will not let him go for less than what they believe he is worth.

The Mets finished last season a miserable 70-92 and 27 games behind the National League East champions Washington Nationals in fourth place.

Pittsburgh had a slightly better finish to their season ending up 75-87 for the season 17 games behind the NL Central champion Chicago Cubs.