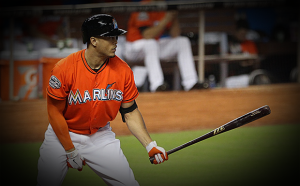 The Miami Marlins and  Giancarlo Stanton have reached an agreement on a record-setting 13-year, $325 million contract extension, according to CBS Sports’ Jon Heyman.

While the deal hasn’t yet been made official, Heyman reports “there is a clear understanding the deal will be finalized.

Stanton, 25, will receive an opt-out clause in addition to a no-trade provision, according to those sources.

FOXSports.com first reported the sides were talking about a deal for $300 million or more.

A press conference to celebrate the mega deal is expected to be held in the middle or later part of this coming week, perhaps Wednesday or Thursday.