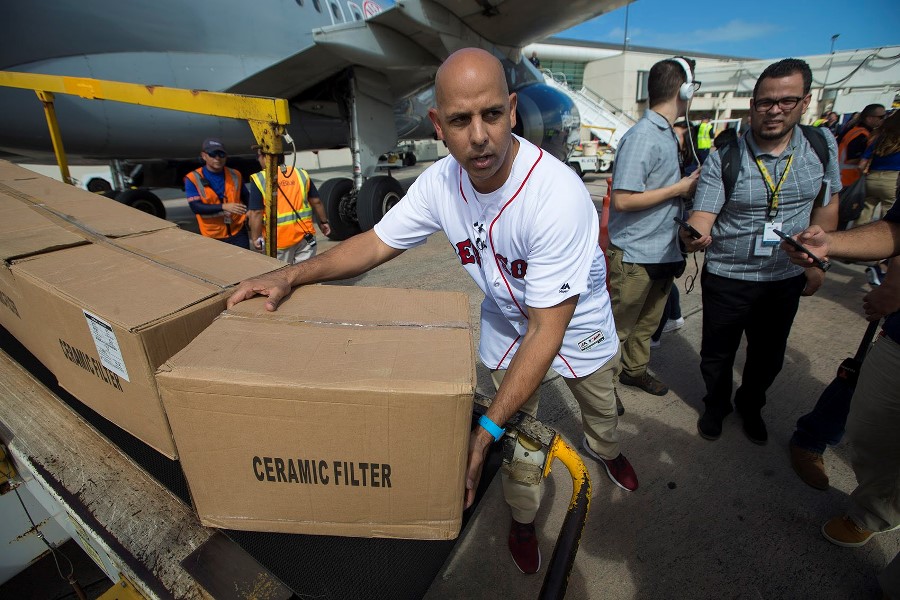 While media attention has become nearly zero when it relates to hurricane relief efforts in Puerto Rico, new manager Alex Cora of the Boston Red Sox and a group from the team arrived on Tuesday in Puerto Rico to deliver supplies weighing 10 tons to help with the recovery effort from Hurricane Maria.

Cora, who is a native of Puerto Rico arrived on the Caribbean island with Martin J. Walsh the Mayor of Boston, Rick Porcello a pitcher for the Red Sox, Sam Kennedy the team’s president, and Eddie Romero the assistant general manager.

The group brought with them medical supplies, food, filtration equipment as well as other types of equipment.

Cora said that while many areas on the U.S. territory have recovered from initial devastation from the storm, there is a great need that still exists on the island in the form of relief.

Cora added that he was thankful to the Boston Red Sox organization, as they did not hesitate when he suggested putting together a relief trip during the current offseason, and he was grateful that JetBlue transported all the relief effort’s supplies. He added that he was very grateful for all the organization that made donations.

The new Red Sox manager said that he thanked the fans who had made contributions this past season, and to Herb, Henry and Seth, the generosity was over and above what he would have ever hoped for.

Cora continued by saying that embracing the mission and helping those he cares so much about has made him feel welcome and supported by the organization and city in ways he could never have imagined.

When the relief supplies and group arrived at the San Juan airport they were greeted by Red Sox pitcher Chris Sale and catcher Christian Vazquez, and they then traveled to the city of Caguas, the hometown of Cora.

There they delivered relief supplies and a large amount of baseball equipment to the children living in the area. At the same time, they presented William Miranda Marin, the Caguas Mayor, with a donation of $200,000 to help restore the city’s power.

Many people have complained since the storm hit Puerto Rico last summer that the relief efforts by the U.S. government have not been at a par with those for other areas hit by hurricanes, but the island is slowing working its way back to some sort of normalcy.