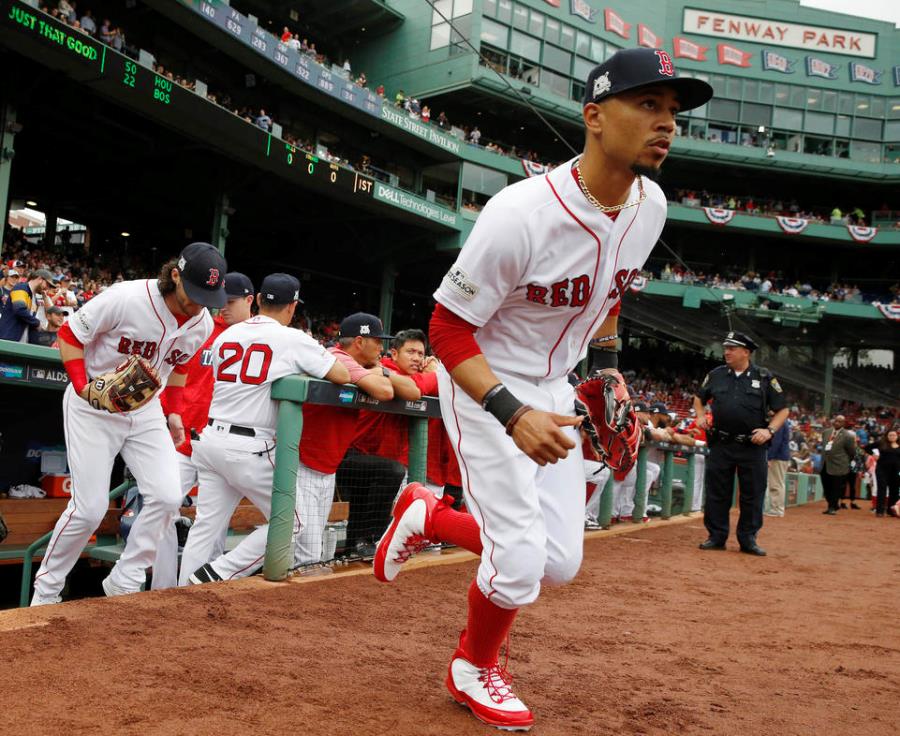 Mookie Betts, in a decision with possible far-reaching ramifications, defeated Boston in an arbitration hearing earlier this week, said the team. A three-judge panel ruled in the right fielder’s favor. Betts will earn $10.5 million in 2018 rather than the $7.5 million in salary the Red Sox wanted to pay.

Betts’ arbitration victory is close to an all-time record for a player who was in his first year of arbitration eligibility. It will bode well for younger players who have the same process to go through in the years to come. Earlier in January, Kris Bryant the third baseman for the Chicago Cubs settled on a record mark of $10.85 million, although that amount was agreed to by both sides entering the hearing.

Going through an arbitration showdown does not seem to be the ideal way to settle salary disputes for a team when it involves one of its best players. However, Boston and Betts had mutually agreed to take that path even prior to exchanging contract figures over two weeks ago.

If the player and team had continued to negotiate until the time of the hearing, it is possible both sides may have reached some compromise. However, once the case was handed to the three judges, the three could only pick one of the two numbers after listening to both sides give their arguments.

Betts’ representatives seemed to be quite ambitious with their filing of the $10.5 million. Betts’ numbers are comparable to those of Bryant, but one big achievement is lacking and that is Bryant won the National League MVP award and Betts’ best finish was in 2016 as the runner in the American League MVP award to Mike Trout.

Baseball experts had Betts’ salary pegged at $8.2 million, which was far closer to the number the Red Sox had, but arbitrators looked at Betts more favorably, especially after the settlement by Bryant and relative to the figure of $7.5 million submitted by Boston.

Former president of the Houston Astros and an expert in arbitration Tal Smith has insisted for some time that hearings are not as contentious as outsiders seem to think, but hard feelings could set in on both sides following this arbitration case.

This is not the first time that Betts has not agreed with Boston related to his pay. Last year, the Red Sox renewed his salary $950,000 when they could not reach an agreement with the player that was mutual.

Betts can file for arbitration in both of the next two offseasons but cannot be a free agent until following the 2020 season.