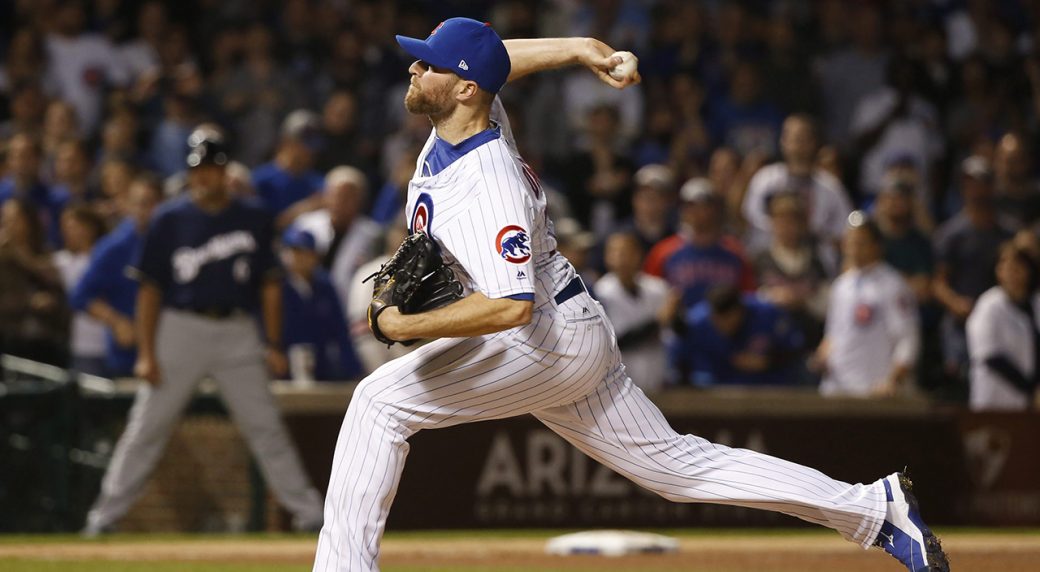 On Friday, the team announced the deal of $52 million with Davis. The contract will include a vesting player option which can increase the contract to four years at total of $66 million if Davis is able to finish 30 games during 2020 and picks his option up.

Sources with the Cubs said the team was only willing to sign Davis for just two years to bring him back. Davis, who had close to a perfect season in 2017 as a closer, blowing one save opportunity but not until last September, set a career high for saves and ended the season with an ERA of 2.30.

Davis becomes the third significant bullpen free-agent signing for the Rockies this offseason. Previously, Colorado signed Bryan Shaw followed by Jake McGee each for a three-year deal at $27 million.

Colorado lost its closer Greg Holland, who last season posted 41 saves, after he declined an option of $15 million last month and opted to become a free agent.

Davis, who is 32, became a free agent following three strong seasons as a closer including two in Kansas City followed by last season with Chicago. The former starter often has been credited with pitching as a reliever with a mentality of a starter, as he will use breaking stuff in an attempt to set up the fastball equally as much as the opposite way.

Like a substantial number of Major League Baseball closers, Davis often walked on a tightrope but he rarely would give in. In addition, like many of the closers from before and today, he proved to be capable of pitching more than just one inning during a playoff situation, although the results of those situations were mixed.

Last season the Rockies battled with both the Arizona Diamondbacks and the eventual NL West champion Los Angeles Dodgers before earning a wildcard berth.

Everest Trading Down 18.1% This Week