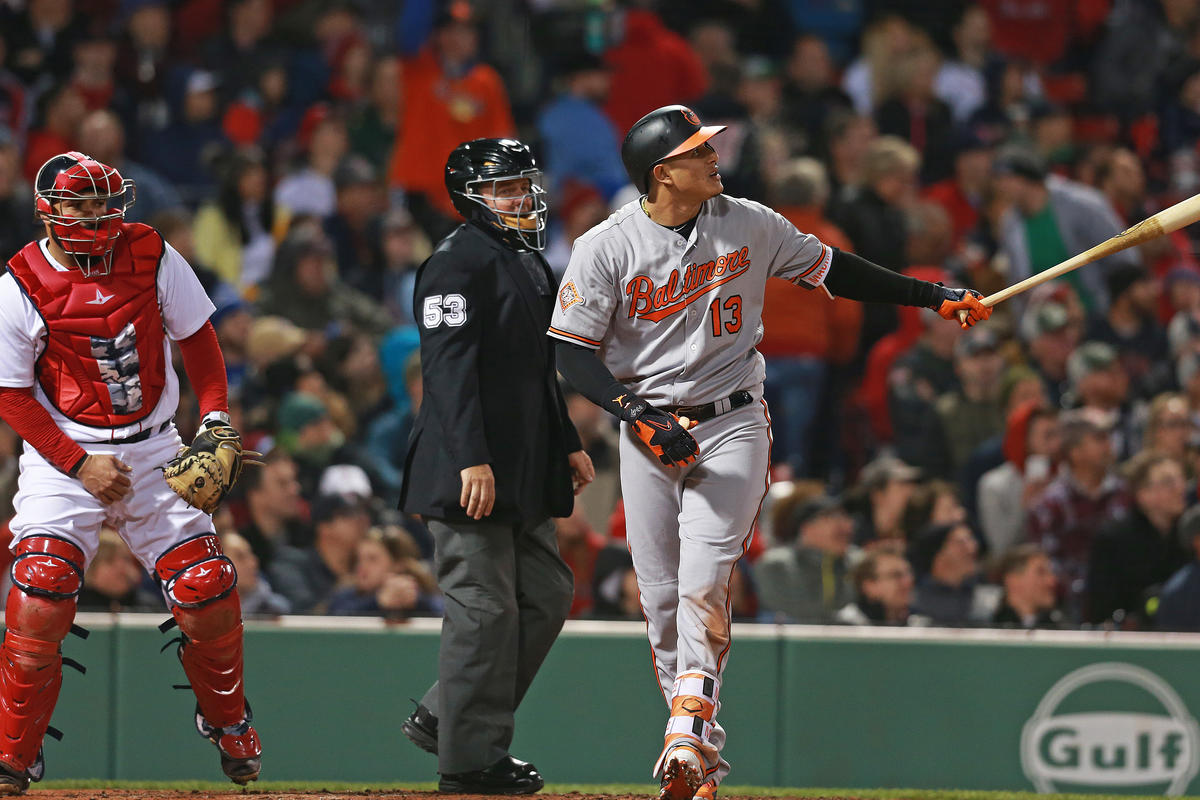 The offseason has been rather quiet for the Boston Red Sox. Up to this point, the Sox have re-signed Mitch Moreland their first baseman to a new two-year deal. However, it seems president of baseball operations Dave Dombrowski is making plans to grab a big name through free agency or a trade.

The Red Sox lost out in the Giancarlo Stanton sweepstakes, and it now appears they are at an impasse with J.D. Martinez’s agent Scott Boras, to acquire the slugger.

However, speculation is they might have switched their sights to Camden Yards and third baseman Manny Machado of the Baltimore Orioles. It was reported as recently as Friday night that Boston continues to show interest in acquiring the third baseman from the Orioles.

Machado, unlike Stanton, has a contract without a no-trade clause. That means the Orioles can decide where and when to trade him. The Orioles have entertained offers for him dating back to the Winter Meetings.

The possible Boston offer is unclear, because no one is sure what Baltimore is asking for Machado. He is definitely a top five player in the American League, but he becomes a free agent at the end of the 2018 World Series.

The Red Sox would only have him on rental for one season, with hopes of signing him to a long-term deal after the season.

Another possible stumbling block is the checkered past between the Red Sox and Machado. This past season, after a questionable slide at second by Machado, tensions nearly erupted. He tore into the Red Sox with a rant loaded with expletives saying he had lost respect for the Boston organization.

However, those are easy fixes when it is time to add talent to the lineup in the form of Machado. If Boston has the opportunity, adding Machado would be a big addition to their lineup as they must face a New York Yankees lineup that includes not only Stanton but the returning AL home run champ and rookie of the year Aaron Judge.

For many, Rafael Devers may be the odd man out in a Machado deal. However, there have been rumors that Machado wants to move from third to short this season.

That would mean Devers remains at third, at least for a few more years and Machado at short. Of course that would assume the Red Sox sign Machado to a long-term deal.

With the addition of Machado, the Boston offense immediately would become stronger. Machado has a .805 OPS for his career and that includes what most call a down season for him in 2017.

GeoDB Trading Up 20.6% Over Last Week

AnimalGo Trading Up 1.3% Over Last 7 Days