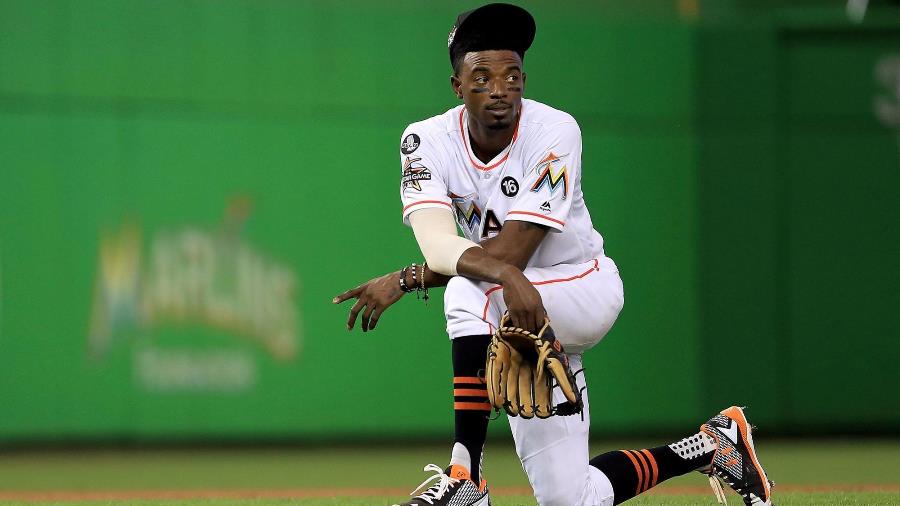 Dee Gordon is moving again. The second baseman was traded on Thursday by the Miami Marlins to the Seattle Mariners both teams announced.

Trading Gordon could be the start of a mass exodus of stars from the Marlins as Miami acquired three prospects to help shore up a very weak farm system.

Trading for Gordon with cash strapped Miami, might solve the problem in center field that Seattle has, but will more bargaining power it gained with the trade help the Mariners in their quest to land Japanese star Shohei Ohtani.

With veteran Robinson Cano holding down second base, and shortstop locked up by Jean Segura, Seattle plans on using the speedy Gordon to shore up center field.

Jerry Dipoto the general manager for the Mariners told reporters that the team would play Gordon in center. Dipoto said that conversation with the player has already taken place and the team is very excited to have the kind of athlete Gordon is joining the team.

Dipoto added that Gordon’s athletic ability is easy to spot to those that watch the sport, but his ability at closing ground, and even more in depth, the launch ability he has, that burst of a first step that Gordon gets is equal to or better than the other elite center fielders in the game today.  Dipoto said the team feels Gordon could become a start in center.

Gordon, who is 29, spent the last three seasons with Miami, but most expected that he would be traded by the Marlins as they need to raise money and cut costs under new ownership that just took over.

Gordon, who has been an All-Star twice during his career, batted .308, scored 114 runs and stole 60 bases during 2017. Gordon had 201 hits during the season which was third in baseball.

Gordon is due $37 million of base salary through the end of the 2020 season. The Mariners will also have a 2021 season option on Gordon for $14 million. If Seattle declines its 2021 option on Gordon, the player will be owed $1 million by the team.