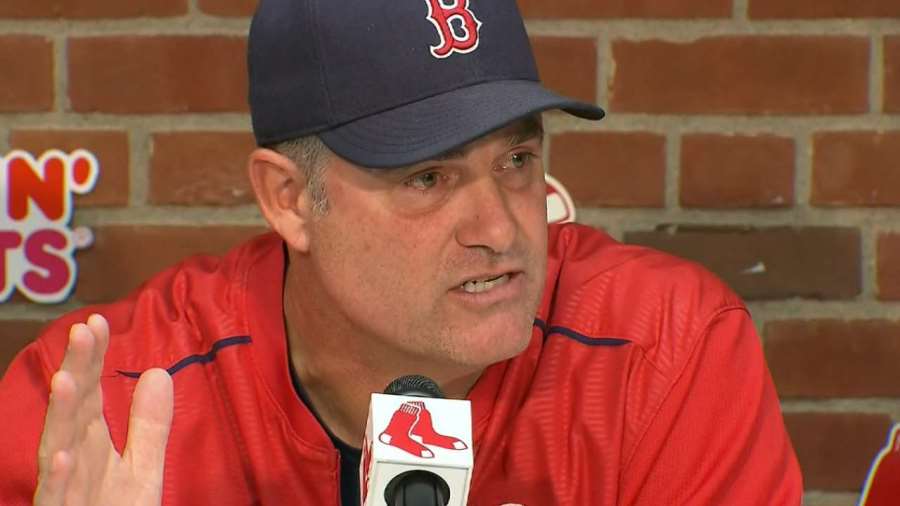 After leading a young ball club to its first ever back to back American League East titles in franchise history, Boston Red Sox manager John Farrell was fired with a year remaining on his contract announced Dave Dombrowski the team’s president of baseball operations.

Dombrowski would not go into any specifics about the team’s move, nor would he offer any reasons for the team to do so. He would not say if Farrell may have been spared if the team had won its ALDS series against Houston.

However, by firing Farrell at this point, Dombrowski is determined that the Red Sox need another voice in the clubhouse.

Despite finishing first again in the AL East, the Red Sox became more and more unpopular as television ratings in primetime across New England dropped by over 15% compared to late season, the last season David Ortiz played with the team.

In a prepared statement, Farrell thanked the ownership group of the Red Sox, the front office and Boston’s players, coaches and fans.

Popular former catcher for the Red Sox Jason Varitek has been mentioned as Farrell’s possible successor, but Varitek has not managed nor has he coached at any level; qualifications that were mentioned as prerequisites for the job by Dombrowski.

Brad Ausmus, the recently fired manager of the Detroit Tigers might be a possibility. Dombrowski hired Ausmus in 2014 to manage the Tigers when he was with Detroit’s front office.

Another possible replacement would be Alex Cora the current bench coach for the Houston Astros, who has become a popular managerial prospect and played for Boston from 2005 through 2008.

Over his five years as the Red Sox skipper, Farrell was 432-378 and won a World Series title in 2013, but had two finishes in last place in the AL East.

He is Boston’s only manager to win the AL East title three times and is sixth overall on the team’s wins list.

Former manager with Boston and current Indians manager Terry Francona said he believes his good friend will be able to land on his feet. The two talked on Wednesday and Francona said that when everything settles Farrell will end up in a better position.

Dombrowski and his staff met following the season ending loss to Houston on Monday and presented their decision to owner John Henry and Sam Kennedy the CEO and President on Tuesday.

On Wednesday morning, Dombrowski met personally with Farrell to give him the news of his firing.