Yankees to Send Masahiro Tanaka Against Astros in Game 1 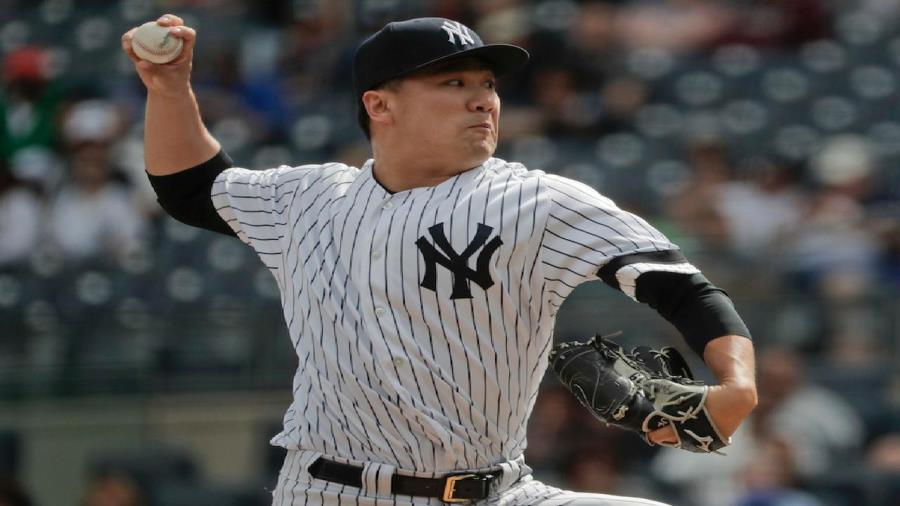 Major League Baseball’s postseason continues on Friday when the New York Yankees visit the Houston Astros for Game 1 of their best of seven American League Championship series, with the winner of the series moving on to represent the league in the World Series.

Luis Severino will be New York’s starter for Game 2 on Saturday, while on Monday in New York CC Sabathia will get the nod for the Yankees followed by Sonny Gray taking the mound in Game 4.

Gray has thrown just 3 1/3 innings for the Yankees since September 28 so he threw a simulated game on Thursday at Houston Minute Maid Park.

Skipper Girardi said that Tanaka has had a few really strong starts, as his last two were outstanding. The Yankees manager added that Tanaka can get on a roll and put together a run of strong starts and the team will need one of them on Friday.

The announcement of starting pitchers were made by the Yankees Thursday afternoon, which was less than a day after the team beat the Cleveland Indians to win their ALDS.

In that series, Tanaka pitched for New York in Game 3 allowing 3 hits, while striking out 7 and walking 1 in New York’s 1-0 win.

Pitching opposite Tanaka will be Houston’s ace Keuchel. The two met during the 2015 AL wildcard game in which Keuchel and Houston won 3-0.

Houston manager A.J. Hinch said that the team was well aware of the success Keuchel has had versus the Yankees and the Houston lefty has pitched confidently at Minute Maid Park and hopes to get the team off to a strong start in the series.

Starting for Houston in Game 2 opposite Severino will be veteran Justin Verlander, who the Astros acquired late in the season from the Detroit Tigers.

Hinch told reporters that the Astros has a huge advantage with both Keuchel and Verlander going back to back to open the series.

Houston is the overwhelming favorite to win this series due to the strong pitching the Astros have and a strong hitting lineup led by MVP favorite Jose Altuve. The Astros second baseman finished the regular season with a .346 batting average, 24 home runs and 81 RBIs.