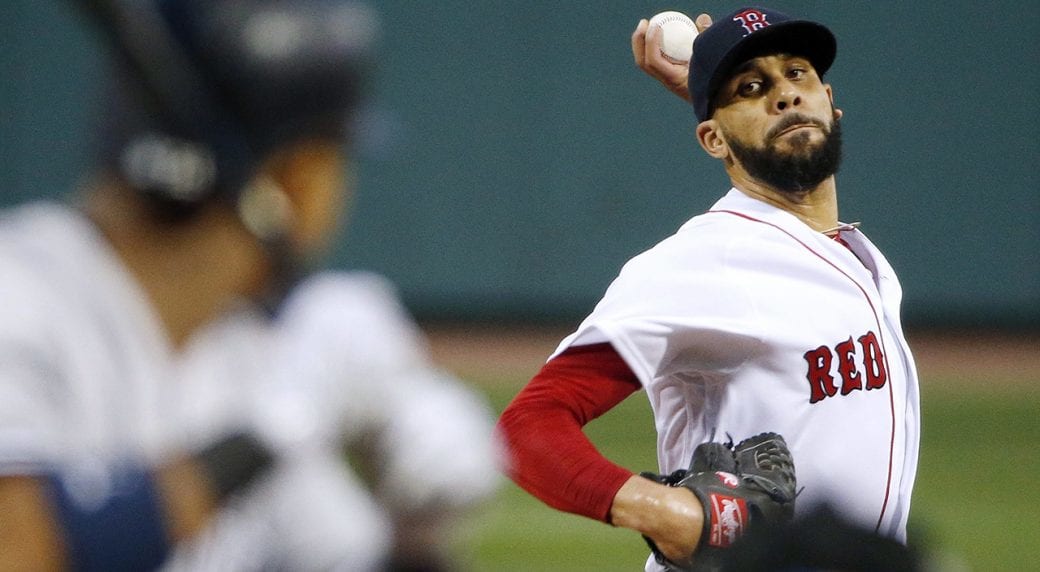 On Sunday at Fenway Park, the Boston Red Sox staved off elimination by beating the Houston Astros 10-3 and will play Game 4 of the best of five American League Division Series Monday afternoon in Boston.

Red Sox rookie Rafael Devers’ two-run homer knocked in the go-ahead run during the third inning, but it was veteran southpaw David Price on the mound that saved the game for Boston.

Price, the left-hander that cost Boston over $30 million, has created a great deal of controversy during the season, but on Sunday he was just what the doctor ordered for Boston.

Price came out of the bullpen during the fourth inning and pitched four scoreless innings at a time Boston was clinging to just a one-run lead against a Houston offense that has scored 8 runs in each of the first two games of the series.

Price allowed four hits and one walk, while striking out four. He allowed base runners during each of the four innings but did not allowed the Astros to score and Boston added six runs during the sixth-inning to blow the game wide open.

Prices threw 37 strikes out of his 57 total pitches and it was the most pitches thrown by any Boston reliever since 2004, when Tim Wakefield pitched in Game 3 and threw 64 pitches during the American League Championship versus the Yankees.

Houston hit Boston starter Doug Fister hard out of the gate, as they did against Boston’s Drew Promeranz in Game 2 and Chris Sale in Game 1.

However, Houston did not add any more runs the entire game as Boston rallied to take a one-run lead and then routed the Astros with a 6-run seventh.

Boston chipped away at the 3-0 Houston lead with one run during the second and three during the third.

Houston starter Brad Peacock was knocked out of the game by Boston during the third inning when the Red Sox plated 3 runs to take a 4-3 lead.

Hanley Ramirez hit a two-run double during the seventh, while Jackie Bradley smashed a three-run homer.

With the home run during the third inning, Devers became the younger batter for Boston at 20 years and 359 days to hit a postseason homer.

It was the first postseason win for Boston since the 2013 World Series Game 6, after last year being swept by Cleveland.