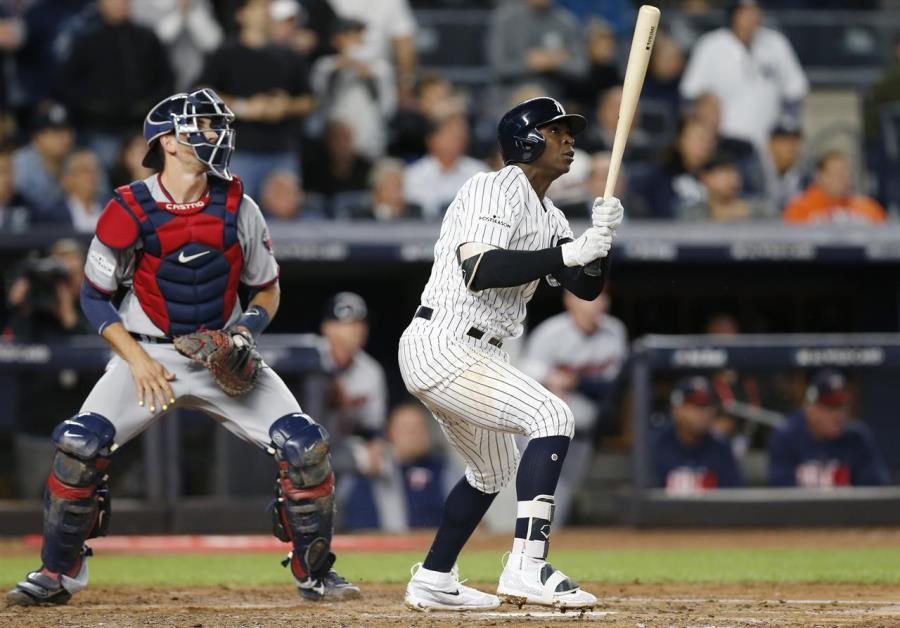 The New York Yankees were rescued by Didi Gregorius, Aaron Judge and a strong performance from the bullpen that lifted the team to their first victory in the postseason in five years.

A three-run homer by Gregorius tied the game after the Minnesota Twins has knocked Yankees starter Luis Severino out of the game during the first inning.

Judge showed emotion when he rocked a two-run homer in his first playoff game helping the Yankees to an 8-4 victory over the Twins.

The long ball was big for the Yankees as Brett Gardner hit one as well. New York chased Minnesota starter Ervin Santana after just two innings.

The Yankees will now open their best of five Division series Thursday at Cleveland against the American League Central champion Indians.

Judge said the Yankees were not finished and must continue rolling along when they reach Cleveland.

Minnesota lost its 13th straight game in the postseason, which tied a record set between 1986 and 1995 by the Boston Red Sox.

Minnesota’s Brian Dozier started the game with a homer and Eddie Rosario rocked a two-run shot as the Twins took an early lead that stunned the 49,280 fans that came out to Yankee Stadium to support their team.

However, Santana did not do much better than did Severino, as he went to a full count on eight of the 11 batters he faced. Gregorius erased Minnesota’s lead during the bottom half of the first with his three-run shot. Santana lasted just six outs and was taken out with Minnesota behind 4-3.

The Twins are the first team to come back from a season of 100 or more losses and reach the playoffs the next season. This is the fifth time in its last six appearances in the postseason that Minnesota has been eliminated by the Yankees and it won its last playoff series back in 2002.

Judge, the rookie sensation who stands 6-foot-7 and hit 52 home runs to set a new rookie record during the regular season, was given a huge ovations with a number of sections holding up signs that said “All Rise,” when he came to bat in the first.

Besides his home run, Judge hit a single, scored three times and walked during the seventh.