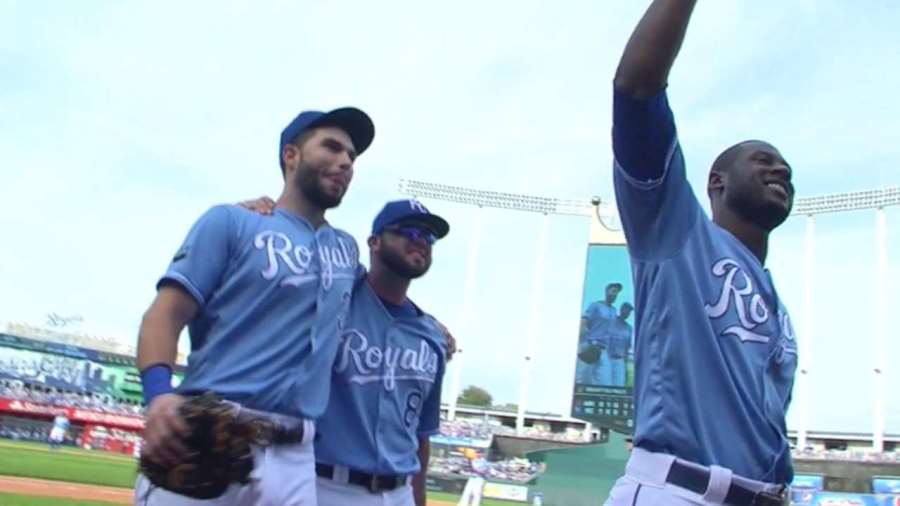 The last day of baseball’s regular season is good for the 10 teams that move on to the postseason but leaves the other 20 teams wondering about next year.

Postseason play is exciting and tense, but the day to day happenings of the regular season will be missed by all baseball fans.

None of Sunday’s games had any effect on the races for the postseason, or for home field advantage as that was all determined with Saturday’s games.

However, here are some highlights from Sunday.

Giancarlo Stanton ended the season with a major league-leading 59 home runs after failing to hit one in the final three games of the season. He did have five hits during the three-game series, but none went over the fence.

However, his season was still amazing. What is more important than the home runs was he missed just three games, which is the first time since 2011 he has played in over 150 games. He ended the season leading baseball in homers, RBIs, and slugging percentage.

Many feel Stanton should win the National League MVP but he has stiff competition in Paul Goldschmidt, Joey Votto, Charlie Blackmon and Nolan Arenado.

Kansas City Royals fans likely saw the end of an era on Sunday when manager Ned Yost took out Mike Moustakas, Eric Hosmer, Alcides Escobar and Lorenzo Cain. The four will be free agents after the World Series concludes and although the Royals will hope to sign one or two of them, the odds are the four will sign elsewhere and for much more money

Those four, along with Alex Gordon, and Salvador Perez, who met them at the top of the dugout stairs when they were taken out of Sunday’s game, helped turn baseball’s worst franchise at the time, into champions of the World Series.

Kansas City had lost over 100 games four times during the 2000s, but in 2011 the Royals lost 91 during the first season Moustakas and Hosmer were with the team.

The next season they lost 2012, but in 2013 were over .500 and then in 2014 reached the World Series only to lose to the San Francisco Giants, but returned the next season to win the Fall Classic.

The Detroit Tigers and Giants ended the season tied for the league’s worst record at 64-98, but Detroit owns the tiebreaker, so the Tigers will be first to pick in the June 2018 draft and the Giants second.