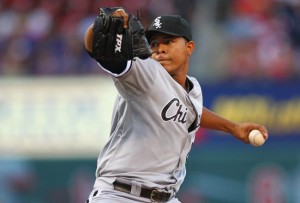 Things on the trading side of things in baseball are a little slow, almost as if everyone is preparing to make a massive dash as the deadline looms. The sports betting lines offered by major sportsbooks don’t reveal much.

There has always been a prominent news story about the trades in MLB. You had Aroldis Chapman, Mark Melancon and Andrew Miller raising a fuss in 2016. With 2015, it was Johnny Cueto, Cole Hamels and David Price who were causing the media to hyperventilate.

This year’s deadline seemed set to pass without much hullabaloo until J.D. Martinez and the Diamondbacks shook things up a bit. In fact, the media has made an effort to highlight the fear of commitment that seems to be manifesting this year.

There was excitement over Starter Jose Quintana going to the Chicago Cubs, and Ryan Madson and Sean Doolittle heading over to the Washington Nationals. None the less, there are a lot of MLB executives who seem to be waiting for clarity, certain that things might evolve in the dying moments of the deadline, this leading to a scramble for deals.

Some people think that all this deadline business perfectly reflects the state of the standings today, where only a select few names, from the Nationals and the Dodgers to the Diamondbacks and the Rockies, are making any headway while everyone else is simply a spectator.

So many teams are clustered so close to one another in the American league, so much so that certainty has been removed from the standings. There are teams which thought that they were in great spots, only for one bad week to seemingly send them tumbling further back than they expected.

With the state of the standings as muddled as it is, everything that happens has a far greater impact. As such, one can understand why so many teams might be unwilling to stick their necks out, especially when their positions are so precarious.

Think about it: with Houston having taken the division out of the reach of the AL West Teams in their wild-card hunt, none of them has any reason to ante up right now for the wild card only.

The teams surrounding the Dodgers and the Astros are in a similar situation. Each one of the teams following them from behind is trying to decide whether they should plan for the long haul or gratify their needs in the immediate.

Many a team wants to wait until they can get controllable assets before dealing prospects. That is problematic for the sellers who, for all their pushing, can do little more than wait and wait.

The Red Sox look like they might be ready to pull the trigger, especially seeing as they sent scouts out to look for notable basemen in action. They might have fought for Martin Prado if he hadn’t fallen to injury. And they weren’t fast enough to save Frazier from the Yankees. But they still have viable options.

One can look forward to quite a few surprises with this deadline. The absence of star power doesn’t necessarily mean that there won’t be drama. One needs to wait and watch as priorities evolve and evaluations change.