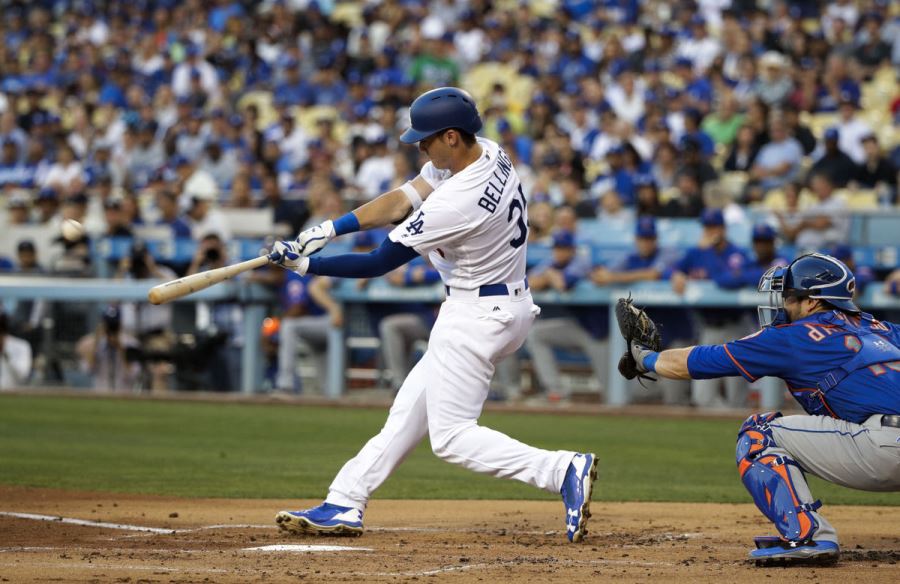 Cody Bellinger said he was not aware that the crowd at Dodger Stadium was chanting his name as they wanted him to re-emerge for the team’s dugout in the eighth inning on Sunday for a curtain call.

The rookie said he was unaware until a teammate pushed him up the stairs and he realized how special it was.

Looking somewhat embarrassed, Bellinger emerged to acknowledge the cheers of the fans for his first curtain call of his career, and likely far from being his last.

The Dodgers on Sunday rallied to beat Colorado 12-6 with the help of Bellinger’s hot bat. During the third inning he hit a two-run homer to right-center and in the eighth another two-run shot to right. Each of the round trippers was estimated to be 423 or more feet in length.

Bellinger now leads the league in home runs with 24 and has hit multiple home runs in six games. That is a rookie record for the Dodgers and the second most all-time behind the seven games with multiple home runs that Mark McGuire had in 1987 for Oakland.

This season, Bellinger from the seventh inning onward is batting .314 or 22 for 70 with 12 homers and 26 RBIs. It is usual that a rookie can remain so poised late in the game.

The at-bats of Bellinger are drawing loads of raves, and for a reason. During June, he has 13 homes in the 23 games he has played, which is tied for third most in league history for a rookie in a single month.

However, on Sunday Bellinger showed that he has other dimensions besides hitting the long ball. He hustled to beat out a ground ball to short during the first and he also made a difficult catch on a line drive off the bat of Pat Valiaka during the seventh inning with a pair of Colorado runners on base and the Dodgers down 6-4.

The play was made even more impressive since he was debuting in right field on Sunday. He has starts at first and in left field but not until Sunday had he played right this season, although he played in right field more than in left while playing Double-A.

On Saturday, Bellinger was hitless, ending his longest hitting streak of the season at 9 games, but he did not let that hurt his at-bats on Sunday.

Complacency is not part of Bellinger’s persona. He said that Manny Mota reminds him each day that he was already paid for what he did yesterday and that means regardless if his play was good or bad it is the past.