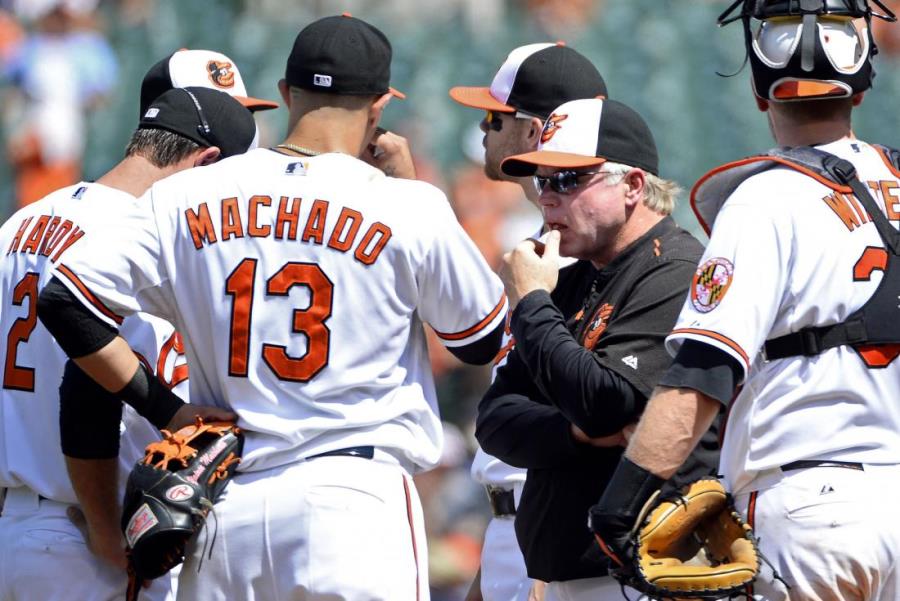 The dubious mark of ineptitude has stood close to a century which goes to show just how poor the Orioles’ pitchers have been this month.

On Friday night, the horrific display of pitching continued for the Orioles hurlers as they allowed 11 hits, gave up 8 walks, three homers and 15 runs in a 15-5 loss to the Tampa Bay Rays.

It was the 20th consecutive game that the Orioles pitching staff gave up five runs or more, which tied a record in Major League Baseball that was set in 1924 by the Philadelphia Phillies.

Baltimore’s Ubaldo Jimenez started on the mound and struggled from the start, allowing 9 earned runs prior to being taken out after only 2 plus innings of work.

Jimenez, who now has an ERA of 7.26, is not the only pitcher for the Orioles who has been involved in the team’s June plummet. Chris Tillman has allowed 19 earned runs over his past 10 1/3 innings pitched, while Kevin Gausman another starter has an ERA of 8.02 during June.

Add to that the ERA of 7.94 by Wade Miley in his five starts during June. Dylan Bundy, who has played well thus far this season, has been taxed hard this month and over his past three starts his ERA has increased to 7.63.

Buck Showalter the manager for the Orioles analyzed the overall situation following the team’s loss on Friday that dropped the team three games under .500 to 35-38.

Showalter told reporters the team needed to pitch better, with help coming from within. The team must get back in step in order to create some offensive rhythm and even the defense is knocked out of its rhythm quite often when the game is played quite choppy and not crisp.

The Orioles manager insisted that if his pitchers could string together a few strong starts then more rhythm would come their way and that would help the team get back to its winning form.

Baltimore is in fourth place in the American League East but only 6 games out of first place. However, the Orioles are on the edge of the cliff and must turn around their problems in pitching are will fall of the cliff into last place and be looking to next year very soon.

Patriot One Technologies Shares Down 5.2%

HyperDAO Trading Up 3.2% This Week