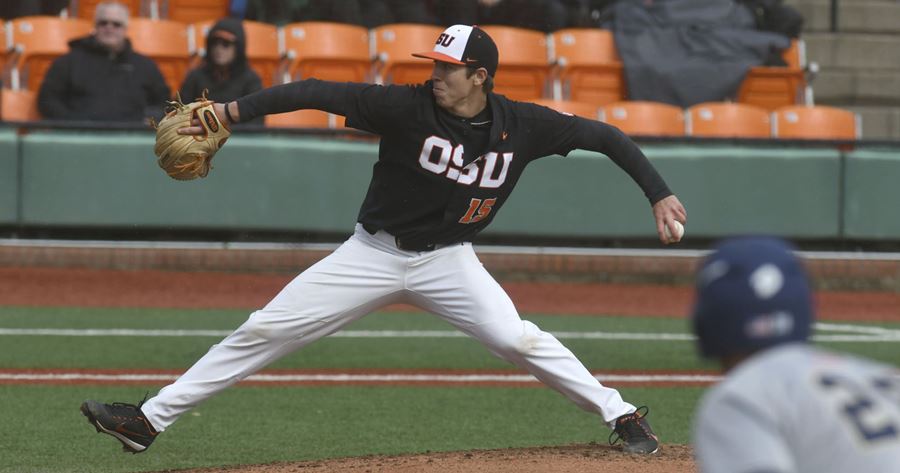 One move that was never made during the recently ended 2017 Major League Baseball annual draft may turn out to be the draft’s biggest move.

With the 40 rounds of the draft now completed, no MLB team chose Luke Heimlich, the left-handed pitcher from the Oregon State Beavers. It was revealed recently that Heimlich was a registered sex offender.

Before that revelation, Heimlich had been considered a first or second round pick. The junior, who is 21, emerged as one of the best starters in college baseball this season with a record of 11-0 and an ERA of 0.76 across 118 plus inning of work for Oregon State the No. 1 ranked team in the country.

The details in the report by The Oregonian, caused teams to drop the pitcher from their draft boards almost immediately and other teams then followed suit.

Back in August of 2012, Heimlich pled guilty to molesting a female family member who was six when he was 15. Court records from the case showed that Heimlich abused her on two occasions, with the first being when she was just four.

The court ordered that Heimlich register as a Level 1 sex offender and he received probation. He also had to attend treatment for sex offenders.

His probation and classed ended during 2014 in time for the pitcher to begin his freshman year with the Beavers.

Heimlich also was required to register in Benton County, Oregon as a sex offender. Benton County is where Oregon State is located.

Once his report came to light, the pitcher requested that the team excuse him as it attempted to reach the College World Series.

Oregon State, which was ranked as college baseball’s No. 1 team was able to advance to the World Series by beating the Vanderbilt Commodores in two games.

For each of the games, Heimlich remained in uniform, but did not appear in either game. It is unknown if Heimlich will be on the bench when the team travels to play in the College World Series.

It is also not known what will happen down the road for Heimlich. Usually a junior who is undrafted is able to re-enter the MLB draft following their senior year. However, he may not be any longer interested in pursuing a pro baseball career and there might not be any team that is interested in signing him now or in the future.