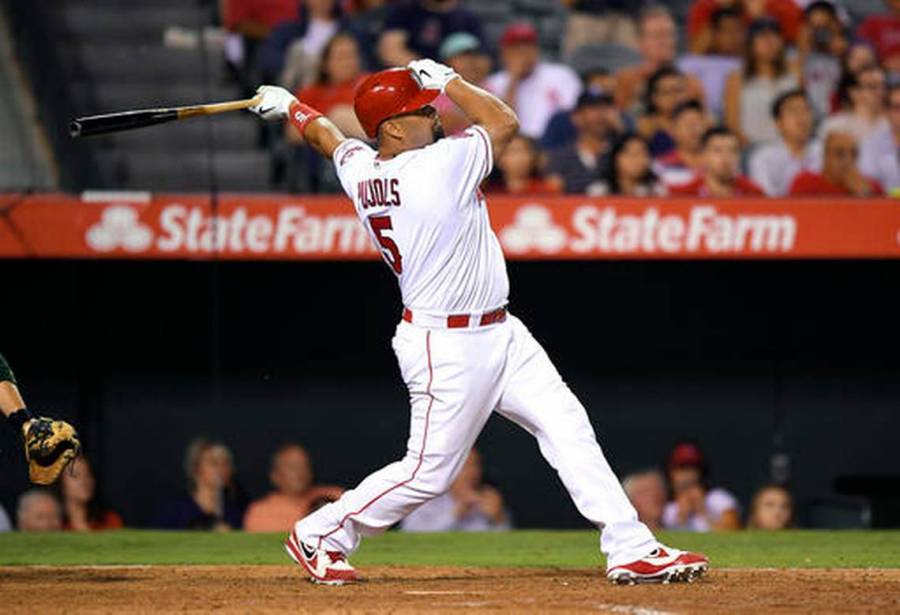 Albert Pujols the designated hitter for the Los Angeles Angels hit his 12th career walk-off homer on Wednesday, which is the most for any player still active in the Majors.

The home run gave the Angels an 8-6 victory over the Oakland Athletics and further notched the reputation of Pujols as one of the best ever clutch hitters in the game.

The home run was the 20th career walk-off hit that tied him with David Ortiz the designated hitter for Boston for the most of any hitter since 2000 and the third most since 1969 in the Majors.

The all-time walk-off home run hitter in the Majors is Jim Thome, who hit 13 in his career. Pujols is now tied for second with the likes of Babe Ruth, Stan Musial, Mickey Mantle, Jimmie Foxx and Frank Robinson.

Mike Scioscia, the Angels manager, said Ortiz and Pujols are at the top of any list for baseball’s best clutch hitters. Late in any game, they are the ones who want to be there and give a good at bat to their team.

Pujols told reporters about a game when he played with St. Louis versus the Mets, a game that went 20 innings that the Cardinals lost 2-1.

His manager at the time, Tony La Russa spoke to him about the number of pop up outs that were hit due to everyone wanting to be the hero and he learned early during his career in those situations just to try to make a good swing.

During July, three individual leaders were from the Angles with most hits (37) by Yunel Escobar, most runs scored (26) by Mike Trout and most RBIs for the month (31) by Pujols.

This surge in the Angels offense continued the first few days of August, with two home runs on Tuesday night and three on Wednesday night.

Pujols following the game said the team was not hitting home runs with the frequency they are now. They lost some series early as well but now with big hits they are beginning to win series.

The Angels are currently in fourth place in the American League West 12.5 games out of first. The team would have to make a huge run for them to qualify for the postseason, but stranger things have happened.