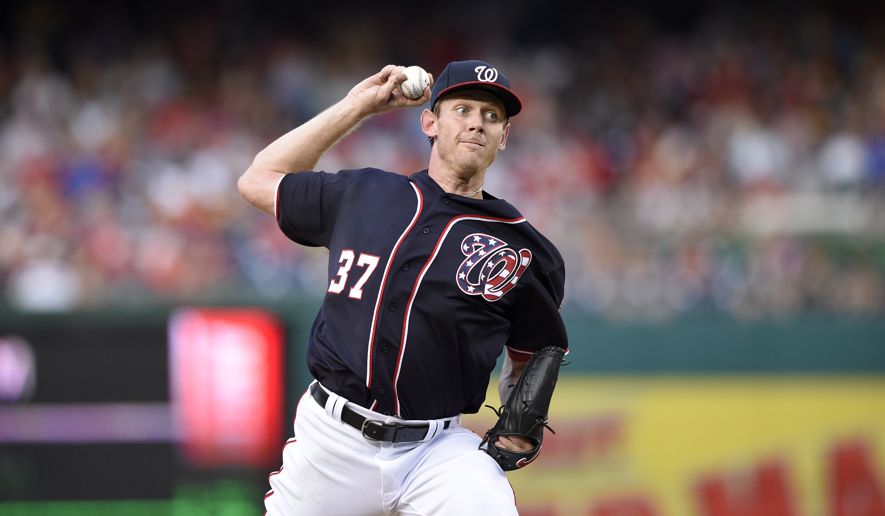 The Washington Nationals are atop the National League East by 5 games over the second place Miami Marlins. A big part of the reason they are in first place is their pitching staff.

Nationals manager Dusty Baker said he has been pleased with being in first place at this point of the season even though his team in his opinion has yet to play its best baseball.

The month of August started well for the Nationals as they routed the Arizona Diamondback 14-1 behind the superb pitching of the team’s ace Stephen Strasburg. The right-hander became the first pitcher in baseball this season to win 15 games pushing his record to 15-1.

He also helped his team out at the plate with three hits and one RBI.

Although the game was not one of Strasburg’s dominating displays on the mound, he was not required to be that force, as the Nationals recorded new highs for the season with 19 hits and 14 runs.

The Nationals chased Archie Bradley the D-backs starts during the fourth inning. In all, Bradley was tagged for 12 hits and 8 runs.

The win for Strasburg matched his high for his career for one season with two months remaining in the regular season. He threw six innings allowing one run with six strikeouts and one walk.

The Nationals will send Tanner Roark their steady right-hander to the mound on Tuesday to continue their series with Arizona of three games. Roark is 10-6 with an ERA of 2.96 has pitched a minimum of seven innings in seven of his last nine outings. His current ERA is the National League’s 14th best.

The Diamondbacks will send Robbie Ray a left-hander to the mound on Tuesday. Ray on the season is 5-10 with an ERA of 4.70. He will be facing the Nationals for the first time in his career. He was selected by Washington during the 12th round of the draft in 2010, before being sent to Arizona.

The pitching staff for the Nationals is one of the league’s best with Strasburg’s 15 wins, Roarke’s 10 wins and Max Scherzer’s 11 wins. The team ERA is 3.23 for the season, which is second to the Chicago Cubs 3.22.

Offensively, the Nationals have not had the bat of Bryce Harper all season as the former MVP is batting a paltry .235 on the season.