Nationals Stephen Strasburg to the DL, Deadline Trade Not Likely 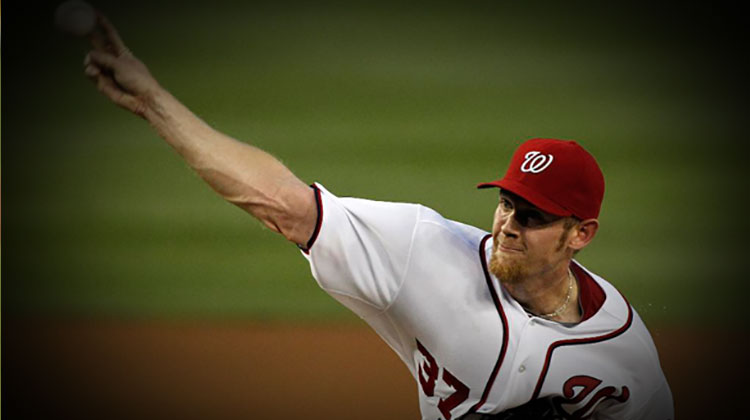 Thanks to enviable starting pitching depth, the Washington Nationals are not likely to pursue a trade in the wake of Stephen Strasburg‘s trip to the 15-day disabled list.

Strasburg, who has logged a gaudy 5.16 ERA and a .289 batting average against in 13 starts this season, departed his Fourth of July outing against San Francisco after 56 pitches. He induced a ground out from Buster Posey and then grabbed at his left side. MRI results on Sunday revealed a right oblique strain, prompting his second stint on the DL this year. He was placed their with neck muscle tightness on May 30 and missed close to a month.

Max Scherzer, Jordan Zimmermann, Gio Gonzalez and Doug Fister occupy the other four rotation spots. Tanner Roark, the versatile 28-year-old right-hander who is 4-3 with a 4.33 ERA over 21 appearances (including six starts), will fill in for Strasburg. The Nationals also have 22-year-old right-hander Joe Ross, who is 2-1 with a 2.66 ERA in three starts this year, as an additional rotation piece.

Washington is 46-36 and owns a 4.5-game lead over the second place New York Mets in the National League East.