Minnesota Twins Continue to Surprise in 2015 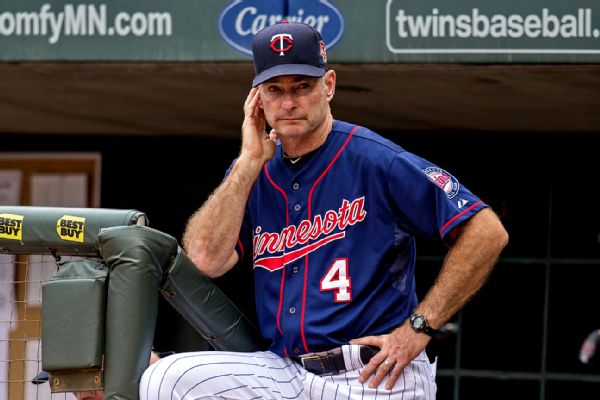 At 43-39 and in a tie with Baltimore for the second wild card spot in the American League, the Minnesota Twins are one of baseball’s biggest surprises in 2015. First-year manager Paul Molitor‘s club received a boost with the return of Ervin Santana. On Sunday, the veteran right-hander made his regular season debut after serving an 80-game suspension for the use of a performance-enhancing drug, getting a no-decision while allowing two runs and three hits over eight innings in Minnesota’s 3-2 loss to Kansas City.

The Twins fell 4.5 games behind the American League Central-leading Royals with the loss, but Santana’s presence bolsters a rotation  of Phil Hughes, Mike Pelfrey, Kyle Gibson and Tommy Milone that has performed better than expected.

Veteran right-hander Ricky Nolasco is on the disabled list with a right ankle impingement, but he has not been missed. Nolasco is 5-1 but owns a ghastly 5.51 ERA and a 1.65 WHIP in seven starts. He does offer depth, as does right-hander Trevor May, who is 4-7 with a 4.37 ERA over 15 starts and will pitch out of the bullpen with Santana’s arrival.

The Twins are reportedly interested in Chicago White Sox Jeff Samardzija, though the White Sox front office has told the media it does not plan to unload the veteran right-hander. Another potential trade target for the Twins is Cincinnati right-hander Mike Leake if the Reds make him available.