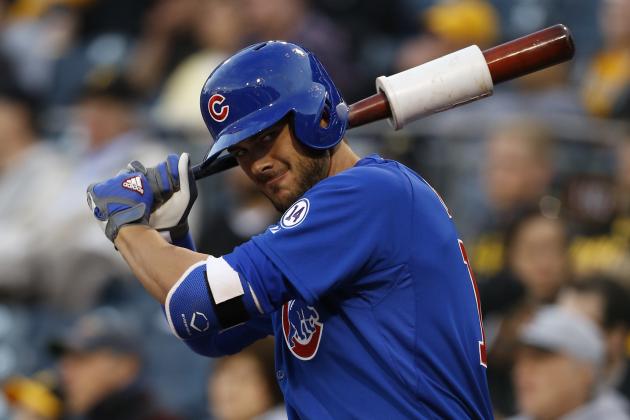 Kris Bryant has played all of 11 games for the Chicago Cubs but the rookie has made a big impact. He’s notched 14 hits and compiled a .341/.471/.439 slash line. Despite the fact that Bryant missed the first 12 games of the Cubs season, his name is on the All-Star ballot. Chicago is sitting at 12-7, one game behind the St. Louis Cardinals in the National League Central.

Bryant was a standout at the University of San Diego. He mashed nine home runs in his freshman campaign and was named a freshman All-American. The next season Bryant would go on to hit 14 home runs, earn First Team All-American recognition and play for Team USA. In his junior campaign, Bryant smashed 31 home runs, the most of any collegiate player since the NCAA switched to BBCOR bats.

The Cubs took Bryant with the second overall pick in the 2013 draft, and he immediately began destroying minor league pitching, posting a .336/.390/.688 line in 36 games with nine home runs. After a strong stint in the Arizona Fall League, Bryant again had his way with minor league pitching in 2014 as he hit 43 home runs between Double-A and Triple-A. He began 2015 in Triple-A, ostensibly to work on his defense. A more plausible reason is that the Cubs stood to gain another year of team control by delaying his promotion to the majors.

While Bryant has yet to hit his first big league home run, his performance has been impressive. He’s displayed his prodigious opposite field power. There’s a lot of swing and miss to Bryant’s game, and though he’s struck out in just 19.6 percent of his plate appearances, that aspect of his offensive approach has been present. He owns a contact rate of just over 70 percent. That’s higher than his minor league contact rates, but it’s still one of the lowest ones in baseball.

Pitchers have been treating Bryant with respect. Just over 40 percent of the pitches he’s seen have been in the strike zone, which represents one of the lowest rates in the game. Overall he’s done a good job of laying off those pitches, and as a consequence Bryant has already drawn nine walks. Look for Bryant’s strikeout rate to climb, but a corresponding increase in power output should offset the decline in contact.

ZiPS and Steamer are already forecasting the Cubs third baseman as one of the top players at his position. Even with a projected strikeout rate of 32 percent, ZiPS pegs a .261/.347/.497 batting line and 3.6 fWAR. The Cubs are relevant, and Bryant is a big reason for their relevance.

unFederalReserve Trading Up 20% This Week