Hanley Ramirez off to Hot Start for Red Sox 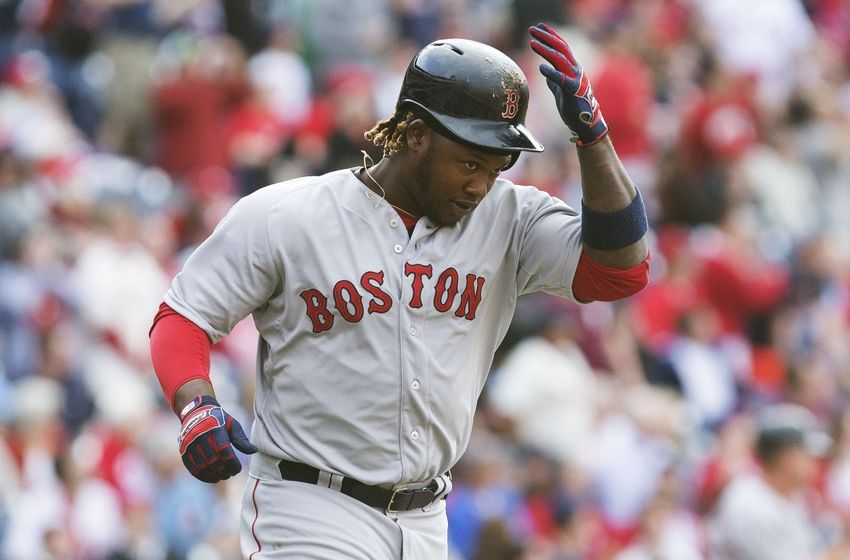 Hanley Ramirez is adjusting well to Fenway park as the free agent signee has ripped eight home runs in his first 18 games in a Boston Red Sox uniform. Only Nelson Cruz has more home runs in the season’s early going. The 31 year-old owns a .300/.359/.643 slash line for a Red Sox team that has a collective batting line of just .234/.325/.366.

Ramirez, who started his career in the Red Sox organization before being dealt to the then-Florida Marlins in the Josh Beckett deal, signed a four year, $88 million contract with Boston last offseason. With Xander Bogaerts entrenched at shortstop and free agent Pablo Sandoval taking over third base, the Red Sox have moved Ramirez to left field.

While Ramirez has produced at the plate, his defense has been poor. Though it’s only three weeks into the season, he ranks among the worst in baseball  by any defensive metric, and his discomfort in left field is apparent to even the casual observer. As a team the Red Sox rank last in baseball in Defensive Runs Saved.

There’s no doubting the potency of Ramirez’s bat. For his career he’s mashed opposing pitching to the tune of a .300/.373/.502 batting line. In an injury-shortened 2013 season with the Los Angeles Dodgers, he put up an absurd .345/.402/.638 slash line with 20 home runs in 86 games. Fenway Park, which is a doubles haven for right-handed batters should suit Ramirez very well. Steamer projects a strong .293/.366/.484 line over the remainder of the season.

However, the Red Sox have nowhere else to put Ramirez. Sandoval isn’t moving off third, and they’re committed to the younger and more athletic Bogaerts at short. David Ortiz fills the DH slot. The Sox have a logjam of position players, which typically is a good thing. But, Ramirez’s ineptitude in left complicates matters. The Red Sox can only hope he figures things out defensively or they may have some difficult lineup decisions to make in order to accommodate his bat.