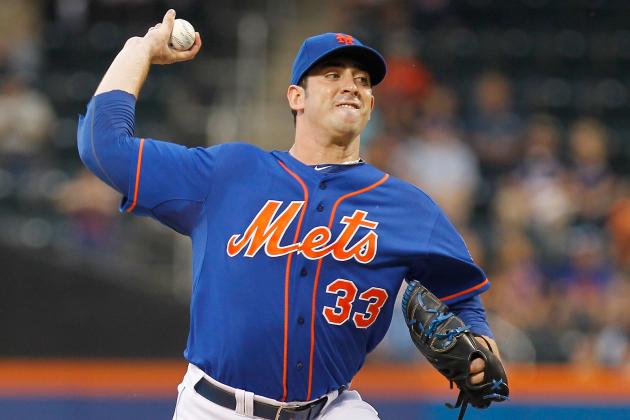 New York Mets right-hander Matt Harvey took the big leagues by storm in 2013, as the young hurler posted a 2.27 ERA in his first full season. Over 26 starts, Harvey fanned 27.7 percent of hitters, while walking only 4.5 percent before an elbow injury that required Tommy John surgery ended his season. Harvey missed the entire 2014 season as he rehabbed from his injury.

In his first three starts of the 2015 campaign, Harvey has shown the dominant form that rendered hitters helpless in 2013. His first start of the season against the Washington Nationals saw him throw six shutout frames with nine strikeouts, including three against Bryce Harper. Overall Harvey has fanned 24 batters in 18 innings while issuing just one walk. Those are strikeout and walk rates of 32 percent and 1.3 percent, respectively. Meanwhile, Harvey’s fastball is humming in at an average velocity of just under 96 miles per hour, which is on par with his pre-surgery velocity. Against the Nats he dialed up his heater to 98-99 miles per hour.

The season is in its early going, but so far Matt Harvey is passing all the tests. His elbow looks healthy, and he’s showing the same quality stuff the Mets saw in 2013. New York’s other team is off to a 13-4 starts, thanks in part to a cushy early season schedule. With a National League East that features rebuilding teams Atlanta and Philadelphia and a Miami Marlins team that is struggling mightily, the Mets look like a solid contender for a Wild Card spot. If the Nationals continue to be hampered by injuries, the Mets could find themselves in a race for the division well into the season.

It’s an exciting time for the Mets. Their ace pitcher has returned from elbow surgery, the almost 42 year-old Bartolo Colon refuses to age and pitching prospect Noah Syndegaard is on the verge of being called up. Even if they play .500 ball the rest of the season, the Mets are a legitimate contender, and Harvey’s resurgence will play a major role.

PlatonCoin Trading Up 3.1% This Week