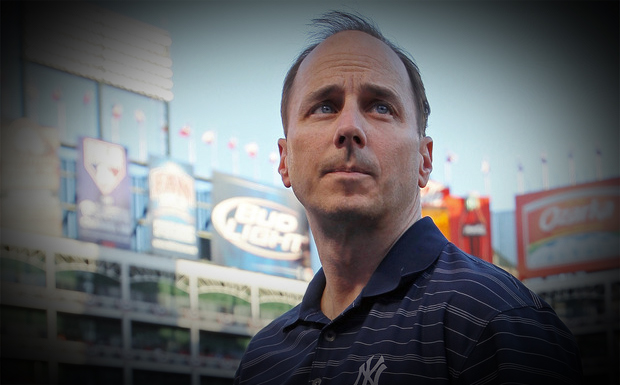 It’s been an off-season of saving money and getting younger for the New York Yankees. This isn’t some sort of alternate Universe but it is a clear philosophical shift by the front office to go in a different direction, possibly with an Alex Rodriguez reminder and CC Sabathia and Mark Teixeira contracts fresh on the conscience.

The fact of the matter is if the Yankees kept going the direction they were headed, it could have become mid 1980’s ugly and Brian Cashman likely realized that. As a result, Didi Gregorius, Nathan Eovaldi, Chase Headley and a few shiny pitching prospects are in the fold. Sabathia, A-Rod and Carlos Beltran, the new resident “old guys” on the roster remain, but with minimized roles. You can add Mark Teixeira into that mix despite being a little younger.

Instead of being relied on to play the field, the Yankees brought in Headley and have A-Rod in a position where he needs to legitimately earn playing time. Instead of CC being relied upon as the “ace”, the Yankees have four arms in their primes on the roster. Instead of signing free agents in the middle infield, New York traded for Gregorius headed into his prime and may give a shot at rookies to handle second base duties. They have a capable bench full of youth and Garrett Jones (still younger than Tex) who are likely to see a substantial amount of time on the field.

The other parallel? Dave Robertson is gone, Martin Prado was traded, Hiroki Kuroda will return to Japan and Derek Jeter‘s Magical Mystery tour is over.

The Yankees have gotten younger and cheaper this off season, one year after it sacrificed getting closer to contention in exchange for closing out a legacy.

Yankees Rumors : Here is what might happen to close out this winter

It’s almost a necessity every offseason but now especially with Kuroda gone, the Yankees will likely sign a warm arm to eat innings. It’s probable they were waiting to see Kuroda’s outcome and now have a direct answer. Eovaldi is coming to a new division in a new league, Tanaka and Pineda have injury concerns and Nova may not be back in the first half of the season. Brandon McCarthy escaped to LA and Chris Capuano is not a solution. While the Yankees do have major league ready arms in the minors (Bryan Mitchell, Chase Whitley, Jose Ramirez) and in the bullpen (Adam Warren and Esmil Rogers) they will seek a roster filler for depth and effectiveness.

There are a couple of things where if they play out the way they are going, it would be a first in many years. Right now, the Yankees are prepared to let two prospects (Rob Refsnyder and Jose Pirela) compete for a spot in the lineup and the infield right out of spring training. We’ve seen players produced from the farm system (Robinson Cano, anyone?) but very rarely does it happen to start the season from a highly-touted prospect. Don’t sleep on Cuban import Hector Olivera being snatched up by the Yankees. It fits both things currently pending: Extra money and unprovens poised to take a spot on the field.

Olivera is a 29-year-old Cuban player who can play second base and be had for around $10 million a year into his mid 30’s. Signing him would make Refsnyder a valuable trade piece and not completely derail a youth movement. It would also allow the Yankees to concentrate fully on starting pitching in the deepest of markets next winter, letting the Yankees become contenders realistically in 2016. They could always get a head start with a last minute Scherzer signing this winter, however.

3. New York will stand pat, accept another year of mediocrity and go full throttle in 2016

We’ve seen this attack before. In 2008, the Yankees trusted three young pitchers (Joba Chamberlain, Phil Hughes and Ian Kennedy) with three important roles on the roster. They did not spend much in the off season and Brian Cashman would later say “they were planning for the next off-season” after he signed Sabathia, A.J. Burnett and Teixeira the following season. The result then was a World Series title in 2009 and 103 wins, a 14 win improvement from the previous year. The Yankees won 84 games last season and are likely to stay in the 80-something range again this year. But isn’t it completely plausible New York finds some modicum of unproven success this season (A-Rod thrives at DH, Headley thrives in NY over a full season, Eovaldi finds himself, Pineda or Tanaka stay healthy and put their issues behind them etc.)? Isn’t it possible the Yankees have a very direct plan next year and know exactly what their needs are when this winter it’s been a little more confusing?

Couldn’t we buy that in 2016, with Teixeira, Beltran, Nova and Sabathia ($5 million buyout in 2017) in walk years, A-Rod signed through 2017 (and possibly gone before then) and Tanaka with an opt out looming after 2017, the Yankees might go completely insane with contracts? Wouldn’t anyone be on the table a winter from now? It’s pretty clear Brian Cashman is targeting perennial contention in 2016-2018 and is making moves right now to prepare for it.

It’s conceivable, one way or another, the Yankees could finish 2016 with a more productive Beltran or A-Rod (than in 2014), a rebuilt rotation in addition to a healthy Tanaka, Pineda, Eovaldi and Nova and the same power-house bullpen.

Outside of possibly signing Stephen Drew or spending too much on Scherzer or James Shields, the Yankees don’t have too many options to improve the 2015 version of the team. But it’s likely to have a very deep Free agent Market and a lot of money coming off the books in 2016 and 2017 in addition to money saved this winter. We saw the Red Sox revamp the middle of its lineup in 24 hours this winter. We’ve seen the Yankees revamp its rotation and win a World Series immediately as a result. This has worked in the past and it would not be surprising to see it attempted again in the near future.