Three Teams That Could Be Turnaround Stories in 2014

Nearly every year, a team that wasn’t a contender the previous year comes out of the woodwork and surprises everybody by making the playoffs. Last season it was the Cleveland Indians who improved from 68-94 to 92-70, and claimed a Wild Card berth. The previous year the Baltimore Orioles surprised pundits by putting together their first winning season since 1997, and vaulting their way to the Wild Card playoff with a 93-69 record. The Boston Red Sox made a huge turnaround from a 69 win 2012 season to win 97 regular season games and the World Series.

Which teams could make a significant turnaround from a disappointing 2013 season and make the playoffs? 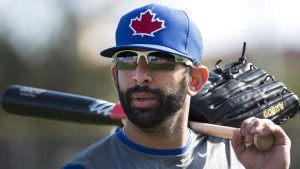 The Toronto Blue Jays were picked by some to win the AL East in 2013 after an offseason that saw them acquire R.A. Dickey, Josh Johnson, Mark Buehrle, Jose Reyes, and Melky Cabrera. However, injuries to Reyes and Cabrera, a disaster of a season by Johnson, and a somewhat disappointing season by Dickey led them to a 74-88 finish, 23 games behind the Boston Red Sox.

Up to this point, the Jays most significant offseason move has been the signing of catcher Dioner Navarro, who will replace J.P. Arencibia behind the dish. As it stands, Steamer and ZiPS both project Toronto to be on the fringes of a playoff spot in 2014, largely on the strength of their hitting.

Offensively, the Jays have five solid position players in Edwin Encarnacion, Jose Bautista, Jose Reyes, Colby Rasmus, and Brett Lawrie. All of them have had trouble staying healthy, but it’s a talented group. The combination of Adam Lind and Moises Sierra should provide decent production at the DH position, and Navarro will represent an upgrade on Arencibia’s awful 2013 campaign. With the removal of a benign tumor, there’s hope that Cabrera can once again prove a useful player.

A significant upgrade would be signing free-agent Stephen Drew to play second base. Currently, Ryan Goins, who hit .257/.311/.369 in Triple-A and Maicer Izturis, who totaled -2.1 fWAR in 2013, are expected to man the position.

The starting rotation remains iffy, though adding a free agent hurler such as Ubaldo Jimenez would be a big upgrade. Dickey, who battled injuries throughout 2013, could return to his 2010-12 form, and a healthy Brandon Morrow would be a plus. Buehrle is a steady average pitcher. Big contributions from highly touted rookies Marcus Stroman and/or Aaron Sanchez would help turn around a rotation that posted the second worst ERA in the MLB in 2013.

Overall, there are a lot of ifs for the Jays, but with a little luck and perhaps an offseason acquisition or two, the talent is there to make a playoff run in what looks to be a very tough AL East. 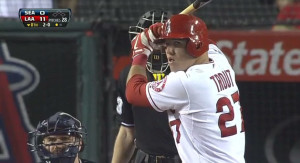 The Los Angeles Angels acquired Josh Hamilton after a 2012 season that saw them miss the playoffs despite winning 89 games. Unfortunately, their pitching imploded, Hamilton had a poor year, Pujols declined even further before missing the final 61 games with a foot injury, and they ended up with a 78-84 record.

However, the team’s outlook for 2014 is more promising. Led by Mike Trout, they might have the best group of position players of any team. While it’s unlikely he’ll regain his top form, a healthy Pujols could reproduce his 2012 season, in which he managed a .285/.343/.516 line and 3.7 fWAR. Similarly, Hamilton, who started showing signs of life in the second half, could turn in a decent season. Though their contracts will still be albatrosses, rebound seasons could push the Angels toward the playoffs.

At every other position, they look to be solid-average, and while the price for David Freese was too high, he is an upgrade over the motley collection of third basemen they utilized in 2013. And of course there is Trout, the best player in baseball.

An aging C.J. Wilson and Jered Weaver headline their rotation, and Garrett Richards looks to have a spot as well. Behind that, there is a lot of uncertainty. Tyler Skaggs and Hector Santiago, acquired in the Mark Trumbo trade could factor in. Its unlikely they’ll get much from Joe Blanton, and Mark Mulder‘s comeback bid is a long shot. They would benefit significantly by acquiring one of the three big free agent pitchers, or even a lower profile acquisition such as Chris Capuano.

As things stand though, they have the pieces in place to challenge for the division title in an AL West that has done a lot of offseason spending. 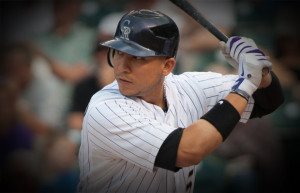 The Colorado Rockies stumbled to a last-place finish in 2013, with a 74-88 record. They haven’t made any major offseason moves, and the combination of trading away Dexter Fowler and signing Justin Morneau was confusing at best.

With Troy Tulowitzki and Carlos Gonzalez, they feature top end, albeit injury-prone talent. Catcher Wilin Rosario has produced two consecutive solid seasons with the bat, and Nolan Arenado is looking like a poor man’s version of Manny Machado. There’s a little bit of a stars-and-scrubs model going on here, as Morneau, DJ LeMahieu, Corey Dickerson, and Michael Cuddyer (NL batting title notwithstanding) don’t look like they will amount to much.

With Jhoulys Chacin, Jorge De La Rosa, Juan Nicasio, and Tyler Chatwood, they have amassed a group of solid if unspectacular starters. Brett Anderson, who was acquired in exchange for Drew Pomeranz is an interesting wild card, as he’s been very good when healthy. The extreme environment of Coors Field makes it difficult to evaluate their pitchers, but their starting rotation had the 11th most fWAR in 2013.

Their bullpen, which features LaTroy Hawkins, Rex Brothers, and Matt Belisle along with Boone Logan, looks to be strong. The Rockies are a long shot in a division which the Dodgers are the favorites, but with some luck they could surprise a lot of people in 2014.

Therein lies the beauty of baseball. No professional sport has more parity. Since the Yankees dynasty of the late 1996-200. has been broken, we’ve been accustomed to seeing a different World Series champion every year. Along those lines, surprise teams have popped up every year. In fact, 2007 saw the Rockies going on a major tear to end the season, and winning the NL pennant. These three teams are in a position where they have enough talent so that, with a good measure of luck, they could find themselves playing in October.