The Next Logical Steps For the Masahiro Tanaka Finalists 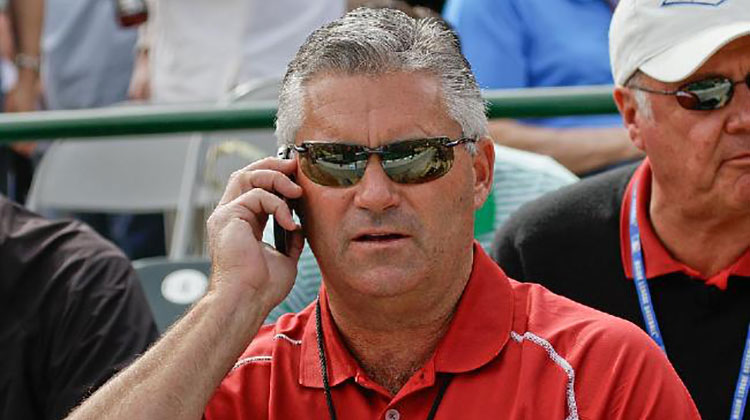 The New York Yankees walked away with the prized possession of pitching Free Agency on Wednesday, but they weren’t the only team with its sights set on Masahiro Tanaka. Final rumors indicated the: Diamondbacks, White Sox, Cubs, Dodgers and Astros were all in on the sweepstakes until Tanaka made his final decision.

Since none of them have him on its roster, here are a few logical alternative moves for each ball club:

Kevin Towers clearly wants and needs starting pitching. The NL West was easily the worst pitching division in baseball last season and the big rival Giants and Dodgers have both made major moves one way or another to help its rotations.

While Tanaka is elsewhere and Towers doesn’t seem enthusiastic about any FA starters left, the money remains there and so does the need.

Arizona has young and talented potential in its rotation, but its best pitchers past Patrick Corbin are: Wade Miley and Trevor Cahill, hardly terrifying. Look for Arizona to be active in the trade market, particularly in regards to David Price.

Early indications are the two teams have exchanged prospects’ names before and Arizona felt the cost was too steep, but those sorts of demands change all the time. A slow start from the Diamondbacks or after a few months, and the circumstances can be different.

It would make sense for the Diamondbacks to pay Price whatever is left of his one year, $14 million dollar pact and then use its Tanaka money to extend him as the ace of the future in Arizona.

Rumored to have offered something over $100 million for Tanaka, the White Sox were eventually outbid by both the Cubs and Yankees at a minimum.

With a rebuilding farm system and a team who, despite bad luck, still finished with 99 losses, Chicago is most definitely looking for another starter and one likely on a long-term deal so it can compete starting in 2015 or later.

Tanaka would have fit that bill and the White Sox front office seems to have considered him an isolated situation this winter. Look for Chicago to spend big on a FA starting pitcher in 2015 and riding this season out. Jon Lester, Homer Bailey and Max Scherzer would appear to be leading that class.

So they have a wallet after all! The team with 111 losses in 2013 (including the last 15 games) and a payroll so small, it could not even afford an non-suspended Alex Rodriguez, reportedly offered in excess of $100 million for Tanaka’s services.

Houston is ready to start building its payroll again and surrounding FA with all of its young talent due to come through the farm system. No, the Astros will not be competivie in 2014 and 2015 seems like a long shot, but by 2016 they may be up and running in the AL West.

Suffice it to say no other player will be on Houston’s radar to the tune of a nine digit payout soon, but Houston will likely start spending and trading over the next year or so.

Perhaps the second place finisher in the Tanaka competition, the Cubs still don’t have the franchise player they were looking for. At 66-96, the Cubs are another example of a team not ready to compete but ready to spend money on the future.

There is no doubt Theo Epstein and company will be aggressive in finding an ace to lead the franchise of young pitching talent into the future. Chicago has a pretty solid farm system, so like the D-Backs, they may be active on the trade market.

Perhaps the one team who didn’t actually need Tanaka, but wanted him anyway and was willing to offer nine digits to sign him. Of course, that’s something only the Dodgers presently have the luxury of doing, so it comes as no surprise.

LA doesn’t need more starting pitching since it already has seven starters under contract and a front of the rotation lead by Clayton Kershaw and Zack Greinke. They have a top prospect like Zach Lee to add depth in the even to injury.

This was nothing more than the Dodgers showing they have money other teams don’t but also proving they have a limit. Look for the $100 million dollar cushion money to be spent on an extension for Hanley Ramirez instead.