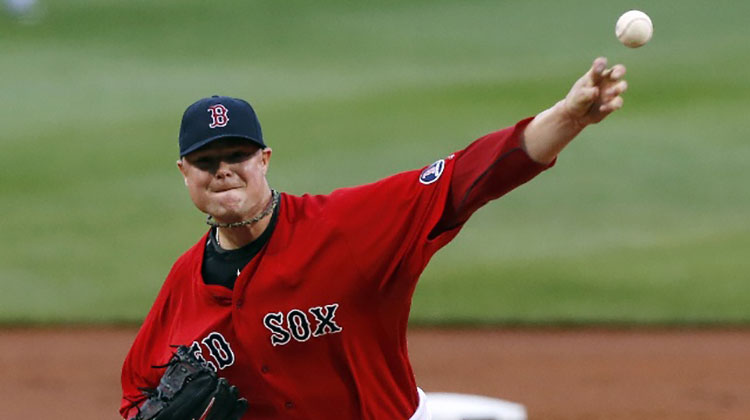 It was pretty obvious that the Detroit Tigers had the best starting pitching in baseball in 2013. With Max Scherzer, Justin Verlander, Anibal Sanchez, and Doug Fister, they had four of the best ten pitchers in the AL. Rick Porcello wasn’t too shabby either. However, it might come as a surprise that the second best team was either the Texas Rangers or the Boston Red Sox.

Going into the 2013 season there were plenty of questions marks with regards to the Sox rotation. Jon Lester was coming off the worst season of his career, the injury-prone Clay Buchholz also had a poor 2012 season, and John Lackey missed the entire 2012 season recovering from Tommy John surgery. Everything came together for the Sox, and while free agent acquisition Ryan Dempster suffered an off year, the starting pitching carried them to a division title and a World Series victory.

Looking to 2014, the Sox rotation once again figures to be one of the best in baseball. While the Tigers have more top notch talent, there’s a lack of depth if one of their starters goes down to injury. Fortunately for them, the only pitcher to miss time in 2013 was Sanchez. Rookie Jose Alvarez filled in with six roughly replacement-level starts. Unless trade acquisition Robbie Ray develops rapidly, DL time for any of their starters would be a huge blow.

On the other hand, the Sox have the opposite problem. There simply isn’t a spot for all of their starting pitchers. Right now, their rotation consists of Lester, Lackey, Buchholz, Peavy, and Doubront, all of whom project to be above-average in 2014. In addition, they have the veteran Dempster, and a collection of young arms that would be the envy of every other team. 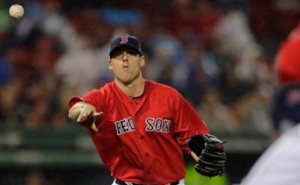 Lackey was more or less given up for dead after he posted a 6.41 ERA in 160 innings in 2011. However, he came back strong from elbow surgery, and posted a career-best walk rate of 5.1 percent in 2013 to go along with a strikeout rate of 20.7 percent.

The 35 year-old represents something of a risk due to his age and recent injury history but if he’s healthy expect him to continue redeeming a contract that looked like an albatross not too long ago. 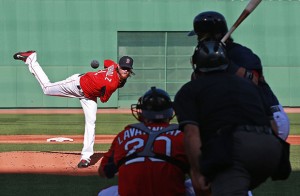 Buchholz managed to total 3.2 fWAR in just 108.1 innings in 2013, as he pitched to a 1.74 ERA and 2.78 FIP. While the results were good, he didn’t look quite the same after returning from the shoulder/neck injury that caused him to miss a big chunk of time.

Over seven big league seasons the right-hander has averaged fewer than 20 starts per year, and topped out at 189.1 innings in 2012. When healthy, his 82 ERA- is on par with aces such as David Price and Cole Hamels. 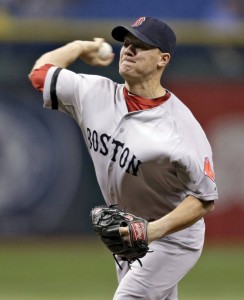 Peavy is also something of a health risk, as he’s reached 200 innings just once since 2008. While he was more average than good after the Sox acquired him in exchange for defensive phenom Jose Iglesias, he possesses strikeout and walk rates of 21.1 percent and 5.6 percent over the past three years, good for an 87 FIP-.

His groundball rate has been in steady decline, and it bottomed out at 32.7 percent in 2013, so it’s likely he’ll surrender his fair share of home runs, but he projects to be an above-average arm, if one that’s a tad expensive. 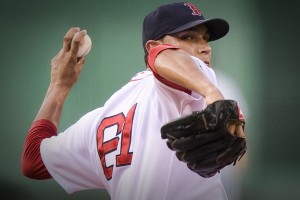 Doubront has been something of an enigma. He had a career-best 92 FIP- in 2013, but he tailed off badly towards the end of the year, as he struggled with his control and saw his fastball velocity dip.

Overall, the southpaw’s fastball dropped more than two miles per hour from 2012 to 2013, and his strikeout rate dipped from 23.6 percent to 19.7 percent.

It’s something of a make-or-break year for Doubront, as there’s an abundance of talent ready to take his place if he struggles in 2014. Still, most clubs would be thrilled to have a lefty of his caliber occupying the fifth spot in their rotation. 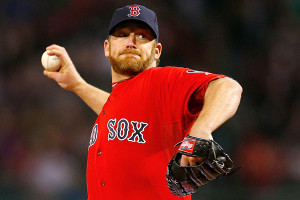 Dempster has bounced between the rotation and the bullpen for most of his career, and he will likely do that again in 2014. The 36 year-old was not able to sustain his 2012 success, as his walk rate swelled to 10.5 percent, and his ERA jumped by more than a run from 3.38 to 4.57.

His fastball velocity has dipped over the last two seasons, and age isn’t on his side. He can still miss bats though, as evidence by his 9.8 percent swinging strike rate and 20.8 percent strikeout rate.

Behind Dempster, the Sox have a bevy of youngsters. Brandon Workman spent time between the bullpen and the rotation after being called up in 2013, and he’ll likely start the year in the pen. The 25 year-old appears to be capable of handling a starting job, and struck out 26.1 percent of hitters in 41.2 big-league innings in 2013.

Besides Workman, the Sox also have 23 year-old Allen Webster, who though he struggled in seven starts in 2013, flashes a power arm with swing and miss stuff. In the minors they have top prospects Anthony Ranaudo, Matt Barnes, and Henry Owens. Barnes and Ranaudo both earned late season promotions to Triple-A, and Owens had success as a twenty year-old in Double-A. All of the above appeared on Baseball Prospectus Top 101 prospects list.

Overall, the Red Sox crowded pitching situation is a good problem to have. It’s very rare for a team to go through the season with only five or six starters as the Tigers did. If injuries hit, reinforcements are ready. Though they lack a CY Young candidate or three that the Tigers have, their exceptional depth gives them a much higher floor.