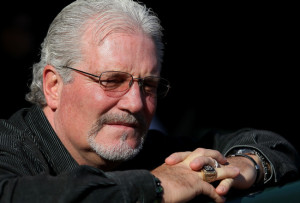 The San Francisco Giants hope to regain dominant form in the bullpen this season, a strategy which helped win them two World Series in three years. San Francisco signed: Kameron Loe, J.C. Gutierrez and Sandy Rosario, all to minor league deals with an invitation to spring training.

Loe traveled around the majors last season, finding success in none of his three Mariners, Cubs, or Braves’ locations. The 32-year-old reliever somehow allowed 11 home runs in 26.1 innings, helping contribute to a 7.09 ERA.

Some of his numbers are likely bad luck which means Loe could find better success naturally and some of the signing can be attributed to his former success. Loe pitched to a 3.61 ERA over a span of five years with the Rangers and Brewers, a stretch ending in 2012.

Gutierrez is also a veteran and was a closer once upon a time with the Diamondbacks in 2010, saving 15 games. More recently, the reliever pitched to a 4.23 ERA and posted a 7.3K/9 in 55.3 innings with the Angels and Royals last season. Gutierrez has amassed close to 300 innings out of the bullpen in his major league career.

Rosario had the most success and is the youngest of the trio, at just 28-years-old the righty already benefited from San Francisco’s pitcher’s park last season, posting a 3.02 ERA in 41.2 innings despite 5.2K/9  and 4.3 BB/9 ratios. With a bullpen consisting of guaranteed spots from: Closer, Sergio Romo and relievers, Jeremy Affeldt, Javier Lopez and Santiago Casilla, there are plenty of option to make the team, with Rosario the likely front-runner due to his success with the team last season.

San Francisco has been busy concentrating on pitching this offseason, resigning Tim Lincecum and Ryan Vogelsong and signing Tim Hudson away from Atlanta. Now, it appears, the team is looking to boost up its reliever depth one month before the start of spring training.