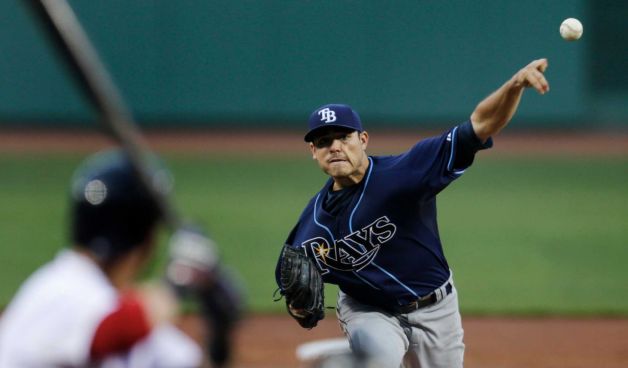 Tampa Bay Rays lefty Matt Moore pitched a two-hut shutout to win his 14th game and beat the Boston Red Sox in game one of a four game series against the Boston. The win moved Tampa Bay within a half game of the Red Sox in the American League East.

Ben Zobrist had three hits and James Loney drove in two runs for the Rays, who earned their sixth consecutive victory and won for the 18th time in 20 games. Desmond Jennings drove in the third run with a sacrifice fly in the eighth off Jose De La Torre.

Moore walled one, struck out four as he scattered seven hits with 109 pitches. Roberto Hernandez will take the mound in game two tomorrow for Tampa Bay and Jon Lester will get he start for Boston