MLB Suspends Ryan Braun For The Rest of 2013 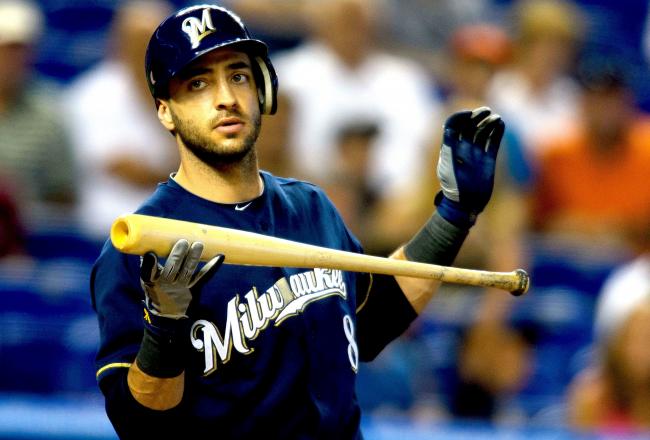 Milwaukee Brewers slugger Ryan Braun has been suspended without pay for the remainder of the 2013 season by Major League Baseball.  The announcement came from commissioner Bud Selig for violations of the basic agreement and its joint drug prevention and treatment program.  the suspension is effective immediately.

Braun will not contest the suspension which was meted out for “violations of the Basic Agreement and its Joint Drug Prevention and Treatment Program,” according to a statement released by MLB. Reportedly Braun met with MLB investigators  and it was during that meeting that MLB  officials laid out the evidence they had acquired.

“As I have acknowledged in the past, I am not perfect,” Braun said in a statement released by MLB. “I realize now that I have made some mistakes. I am willing to accept the consequences of those actions. This situation has taken a toll on me and my entire family, and it is has been a distraction to my teammates and the Brewers organization.”

Braun tested positive for elevated levels of testosterone late in 2011 but successfully appealed the suspension. The suspension will cost Braun roughly $3.5 million in salary. He is still under contract for $117 million through 2020. Braun has hit .298 with nine home runs and 38 RBI this season.

The suspension amounts to the final 65 games of the Brewers season, plus any potential postseason games.