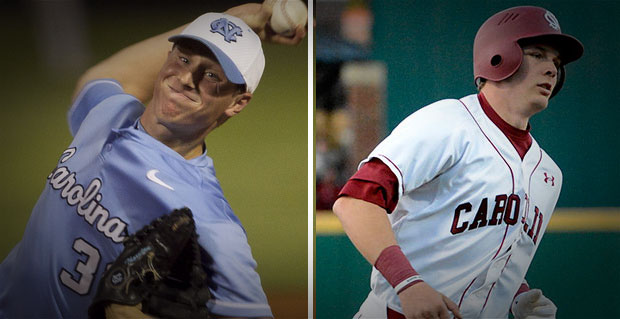 South Carolina is no stranger to the NCAA Tournament, having won two straight titles in 2010 and 2011. It will be the fourth straight year in which the Gamecocks have made an appearance in the super regionals, coming off of their 27th straight postseason victory at home, a 6-4 win against Liberty that had been delayed for nearly 16 hours.

The Gamecocks were the runners-up in last year’s College World Series, after capturing the previous two titles, and are intent on winning a third in four years on the heels of a successful regular season that saw South Carolina post a 42-18 record in a competitive Southeastern Conference.

However, the Gamecocks will have to do so on the road, as North Carolina will host the super regional in Chapel Hill.

In a thrilling Chapel Hill Regional Championship game against Florida Atlantic, the Tar Heels came away with the victory in the bottom of the 13th inning, ousting the Owls by a score of 12-11.

After a shaky go-around in regional play, the Tar Heels came out alive and should build off of their momentum from Monday night’s marathon victory. North Carolina head coach Mike Fox had this to say following their regional victory:

“Our team’s toughened up,” Fox said. “Over the last two to three weeks, we’ve had to. We played some really good teams in this regional. We also played against ourselves, I think, a little bit during this regional. So I’m proud of the guys for fighting through and getting it done. This is unbelievable.”

North Carolina posted a superb 52-8 record in regular season play, spending much of the season as the number one ranked team in the nation. Unlike South Carolina, who have no definitive star prospects on their roster, the Tar Heels have a solid foundation built around All-American freshmen Skye Bolt, Landon Lassiter, and Trent Thornton, and Golden Spikes Award finalist Colin Moran.

Friday afternoon’s match-up will be the first for the two Carolina teams since super regionals in 2007, wherein North Carolina would move onto Omaha.

The Friday match-up will commence at 1:00 PM at Boshamer Stadium (game two will be held on Saturday ay 12:00 PM, and if necessary, game three will follow on Sunday at 1:00 PM).