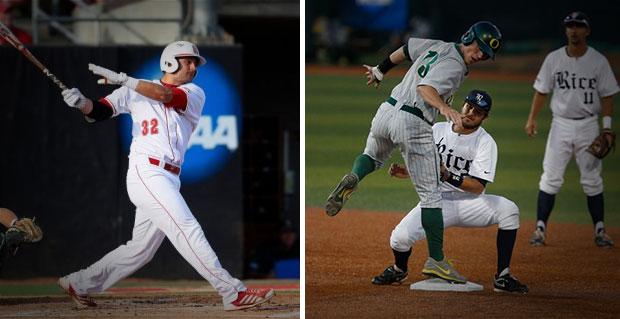 Following a dominating regional series that saw NC State allow a combined three runs from their opponents, the Wolfpack will host the Rice University Owls to begin super regionals play this Friday at Doak Field in Raleigh, North Carolina.

Rice comes into the super regionals coming off of a solid regular season in which the Owls posted a 44-18 record, as well as a 15-9 record in conference play en route to the Conference USA championship (a 5-4 victory over Southern Miss in 11 innings).

Since the super regional format was established in 1999, Rice has advanced to the super regionals ten times and has appeared in six College World Series, bringing home the championship title in 2003 behind the leadership of future big league starting pitchers Philip Humber and Jeff Niemann.

Rice boasted one of the premier starting rotations this spring, led by Austin Kubitza, John Simms, and Jordan Stephens. Each of the three aforementioned right handers posted an 8-4 record to along with sub-3.00 ERAs. Kubitza and Simms are projected to be selected in the earlier rounds in Thursday’s MLB Amateur draft, but until then are slated to lead the Owls throughout the rest of the NCAA Tournament.

The Wolfpack offense will prepare to face the Rice rotation, led by the likes of Trea Turner and Ryan Matthews. However, NC State will start up super regionals on the back of their staff ace Carlos Rodon, one of, if not the best starting pitcher in college baseball.

In his start against William & Mary in game two of regionals, Rodon pitched a complete-game shutout, surrendering just two hits and fanning 10 batters. Such was the epitome of Rodon’s first two seasons as a member of the Wolfpack.

NC State will attempt to advance to the College World Series for just the second time in school history and the first since 1968, as they start up super regionals play against Rice on Friday at 4:00 PM (game two will commence at 4:00 PM on Saturday, and if necessary, game three will be held on Sunday at 4:00 PM).