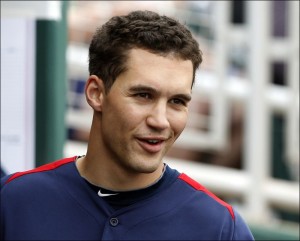 Grady Sizemore has resumed baseball activities and may be available to teams by the middle of the summer. Sizemore underwent microfracture surgery last September in his right knee, and while his career was in doubt, he has yet to experience any setbacks.

The former Indian was once a premiere outfielder but has seen his playing time derailed by injuries since the end of 2009.

However, if Sizemore were to make it all the way back healthy, he is not expected to be without a long list of suitors.

Many different teams could use an upgrade in the outfield and due to Sizemore’s recent lack of resume, he can probably be had at an affordable, minor league price.

Early sources indicate the Mets may be at the front of the line to pursue Sizemore, who’s speed and defense would play well into what they are trying to build in the future, and on a very stingy payroll. The Miami Marlins, Minnesota Twins,  Houston Astros and  the Philadelphia Phillies  may have interest as well.

Though the Yankees currently have four outfielders and Curtis Granderson due back sometime this year from injury, Sizemore can be intriguing with Granderson and Boesch signed through this season and Ichiro Suzuki, Vernon Wells and Brett Gardner all signed only through 2014.

Of course, an AL team may present a better situation for Sizemore in the event he would need to DH on occasion, but his complete health status, as well as his return, remain in doubt for now.