Jeffrey Loria is the Worst Owner in Sports 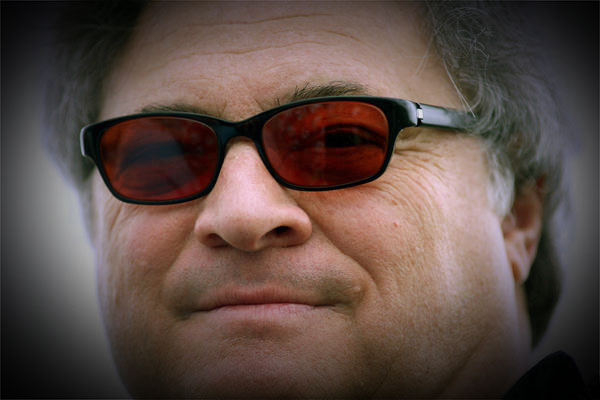 Forget about just baseball owners. Jeffrey Loria is the worst owner in all of sports. In fact Loira is such a bad owner it seems fair to draw conclusions he’s a bad person too. How else can he be so comfortable spending everyone else’s money for nothing but his own profit? How else could he be so out of touch, not only did he take out full one page ads all around Miami, but he did it in a newspaper, which probably has as many fans as the Marlins?

And the tell-tale sign of someone you can’t trust? When they apologize by blaming everybody else except themselves.

It’s true, Loria took out a full page ad in all the local Miami newspapers on Sunday to “apologize” to his former meal tickets and to claim that the stadium was mostly funded on tourist taxes which somehow wouldn’t be spent on anything else if the Marlins didn’t come into take all of it.

It’s a classic Marlins’ owner move. Include tidbits of actual facts and back it up with illogical conclusions hoping they get swept under the rug because people will zero in on the tiny little tidbits throughout.

Loria says the Marlins “had one of the worst seasons last year and something needed to be done.”

That’s true! The difference is that when a rationale owner who actually cares about his sport to any degree says that, it means buying a free agent or trading aging players with talent and a year on their contract for younger guys who are MLB ready. For Loria, it means trading anyone with a seven digit salary or higher and blowing up the entire roster.

Loria refers to his offseason as making a series of “bold moves” and then cites it created a “vicious cycle of negativity”.

An owner who is not the worst in sports would take this time to go into detail about how Jose Reyes blackmailed the team or Josh Johnson kicked puppies. That would make them the next to worst owner assuming it were true, but at least it would justify the fact a brand new stadium will be the most expensive housing of AAA players in league history. Move over Arm and Hammer Park, this minor league venue has bleachers!

Instead Loria says the deal was “celebrated” by almost all experts outside of Miami and that Bud Selig approved the trade.

You know why both of those things happened? Because yes, in terms of value, Miami brought back talent in exchange for giving up superstars. On paper, one day this deal has the potential to work out to some degree, so therefore it’s not so unbelievably one-sided it had to be blocked.

This deal might pay off in 2016, a full four years after taxpayers paid to see something exciting.

And that’s the point.

Jeffrey Loria thinks his fans want to see a world championship every 10 years. He thinks that’s the goal. The owner of a franchise thinks the point is to make a playoff run once a decade so he can look back and say “remember that time we made a World Series run a decade ago?” He doesn’t get that fans want an annual contender. That’s how you keep them. And if that plan doesn’t work? Start completely over and try again in five years.

“In 2003, I helped bring a World Series Title to South Florida”.

I was midway through high school the last time the Marlins won a World Series. Now I’ve been out of college as long as I was in it. Oh and by the way, that’s also the last time they came within being in playoff contention the last week of the season.

“We know how to build a winning team and have every intention of doing so again”.

That’s the most telling of all the sentences. Loria claims he knows how to build a winning team because 10 and 16 years ago, he did. On paper that’s fair. But baseball fans don’t worship two single playoff runs which resulted in World Series titles where they couldn’t enjoy the team long enough to pass out the rings before it was blown up.

Don’t you think this anger might have less to do with the World Series from a decade ago and more to do with you blowing the team up for the 80th time?

The difference is this time, Loria blew the team up after it lost 93 games. How do you cripple a roster that was the worst in baseball and expect people not to be angry? Because the stadium is beautiful?

“The fact is, with your help, we built Marlins Park, a crown jewel in our beautiful Miami skyline, which has won over twenty design and architecture awards and will help make us a premiere ballclub moving forward.”

You could have built a $50,000 shoe box and it would draw more fans than you will in 2013 if the Marlins consistently won. Look at Fenway Park.

Stadiums don’t make teams a premiere ballclub. What Free Agents will Jeffrey Loria draw to his premiere ballclub when he has a policy allowing zero no-trade clauses and he has repeatedly traded players after he verbally told them he wouldn’t?

The ones who routinely read and alter their lives around Design magazines?

And now, for Jeffrey Loria in a nutshell.

“The simple fact is that we don’t have unlimited funds, nor does any baseball team or business. Fans didn’t turn out last season as much as we’d like, even with the high-profile players the columnists decry us having traded. The main ingredient to a successful ball club is putting together a winning team, including a necessary core of young talent. Are we fiscally capable and responsible enough to fill the roster with talented players, invest in the daily demands of running a world-class organization and bring a World Series back to Miami? Absolutely! Is it sound business sense to witness an expensive roster with a terrible record and sit idly by doing nothing? No. I can and will invest in building a winner, but last season wasn’t sustainable and we needed to start from scratch quickly to build this team from the ground up.”

Not having unlimited funds to an owner who is not the worst in sports? Possibly lowering payroll.

To Loria? Lowering payroll in one offseason by $100 million dollars.

And yet he thinks those moves are one in the same.

Translation for Loria’s words: “I spent money and fans still didn’t turn out, so this is kind of your fault.”

Nothing like “man, that front office I just implied I have faith in to build a World Series contender, well it spent $100 million dollars and we lost 93 games”.

No parallel there, just simply, they tried spending money, they lost anyway, this is why South Florida can’t have nice things. The main ingredient of  successful ball club? Why don’t you ask Larry Beinfest, Jeffrey, because you don’t have a clue. And notice how he says “ball club” not franchise, just one ball club, he has and never has had any plan for sustainable winning for multiple years.

Even as he tries to sell the tax payers he just swindled, it’s with the ceiling of finding that one team who can get lucky in the playoffs so 10 years later he can point to it and talk about how the stadium was worth it and he’s a genius.

Too bad South Florida won’t get to see that team for at least another four or five years.

Maybe by then the worst owner in sports will be gone.

But it’s more likely the talent on the roster will go first.