Yankees: Curtis Granderson Out Until May with Broken Forearm 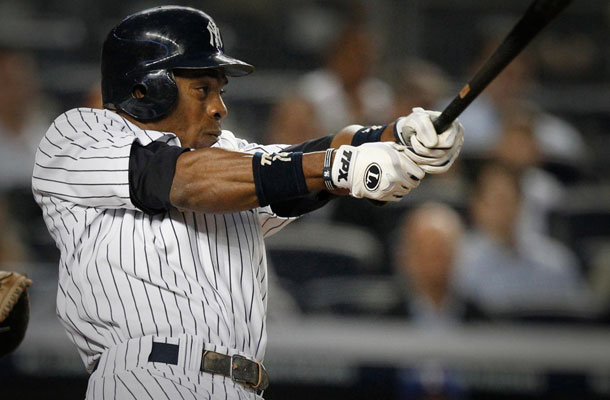 The New York Yankees Curtis Granderson will be lost to the team until May after suffering a fractured right forearm in his first at-bat of the spring. Toronto Blue Jays starter J.A. Happ  hit Granderson with a pitch in the first inning of their game with the Jays at Steinbrenner Field  in Tampa.

Granderson was immediately removed from the game for precautionary x-rays. The x-rays revealed a fracture which will sideline Granderson for up to 10 weeks.

With the loss of Alex Rodriguez out until at least July  after hip surgery,  Nick Swisher signing a free-agent deal with the Cleveland Indians,  and shortstop Derek Jeter  recovering from a fractured ankle, the Bronx bombers could ill afford losing Granderson.

Granderson hit a team-high 43 home runs last year and was expected to be a key  power component  for the New York.  The Yankees  are missing significant number of home runs from last year’s lineup with the loss of Swisher, Rodriguez, Russell Martin , Raul Ibanez  and Eric Chavez.

“We’ll just have to have guys step up,” first baseman Mark Teixeira said. “It’s going to be tough.”