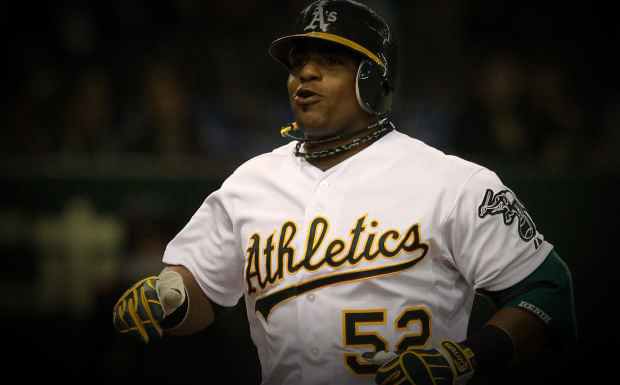 But when the A’s signed Cuban-import Yoenis Cespedes to a four-year, $36MM deal last off-season, it was surprising. It was surprising because the signing had nothing to do with the usual peripheral analysis, and market inefficiency recognition. No, the A’s signing Cespesdes was a pure scouting move–something the A’s rarely tap into. And it paid off, big time.

Cespedes, who turned 27 year-old in October, will likely be a big source of offense for the A’s for at least the next three seasons. It’s obvious the Athletics didn’t view Cespedes as a prospect in need of seasoning, but rather, an impact, “right now” bat. Essentially, the frugal organization owns a maturing power hitter in his age 27 through 29 seasons.

First, there are a couple of important items to note. One must assume that 1.0 WAR is equivalent to $5MM in 2012, with annual increases of 5% each season to account for inflation. In addition, per Bill Petti’s article on aging players, the chart also assumes an annual 0.5 WAR decline from ages 28-32 (or in the case of Cespedes, ages 28-31).

Below is a chart that outlines Cespedes through his existing contract:

Taking inflation into consideration, Cespedes could be worth at least 13.6 WAR or $78MM over the course of his four-year contract. The projection is pretty conservative, as it is within the realm of possibility that Cespedes either consistently posts a 3.5-4.0 WAR from 2013 to 2015, or turns into an elite hitter (between 5.0-6.0 WAR).

Barring an injury, Yoenis Cespedes could mirror the production the Los Angeles Angels will get from Josh Hamilton (3.5 WAR in 2011, 3.4 WAR in 2012), for around the same amount of money the Arizona Diamondbacks just signed Cody Ross to.