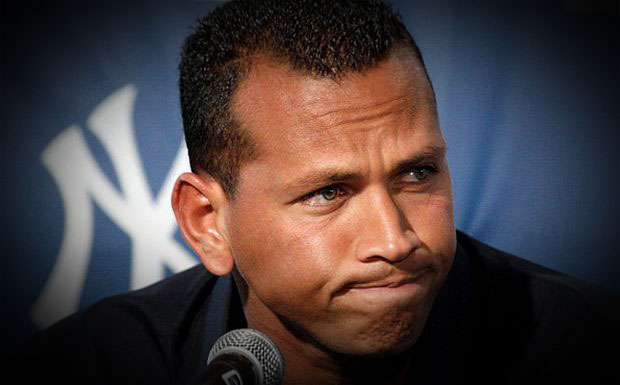 According to a report from the Miami New Times, Anthony Bosch, a south Florida biochemist, supplied performance-enhancing drugs to Alex Rodriguez and more than half a dozen other major league players. Bosch reportedly gave out human growth hormone, synthetic testosterone and other PEDs to players who had previously not been linked including Texas Rangers outfielder Nelson Cruz. Records from the Miami clinic list the names of Major League stars, including  New York Yankees third basemen Alex Rodriguez, Toronto Blue Jays outfielder Melky Cabrera and Washington Nationals pitcher’ Gio Gonzalez. The names were given to the Miami New Times  by an employee who worked at Biogenesis of America before it closed last month.

Records show that the clinic sold performance-enhancing drugs, including human growth hormone, testosterone and anabolic steroids. Bosch was connected to Many Ramirez in 2009 when the former MLB star was suspended for 50 games for violating baseball’s drug policy. A few of Bosch’s other clients have caught by the league (Melky Cabrera, Bartolo Colon and Yasmani Grandal).

Major League Baseball issued the following statement regarding today’s story in the Miami New Times: “We are always extremely disappointed to learn of potential links between players and the use of performance-enhancing substances,” the statement begins. “These developments, however, provide evidence of the comprehensive nature of our anti-drug efforts.  Through our Department of Investigations, we have been actively involved in the issues in South Florida.  It is also important to note that three of the players allegedly involved have already been disciplined under the Joint Drug Program.”

The records are especially damning to Rodriguez who is on record as having used PED’s , but claims to not have used them since 2003. According to the report Rodriguez, referred to as “Alex Rodriguez,” “Alex Rod” or “Cacique,” received HGH, testosterone cream and insulin-like growth factor, all banned under MLB’s PED policy. He also was given “troches,” a lozenge that has 15 percent testosterone, and other types of growth hormone and that his account was current, paid through April 30th 2012. There are other notations for Rodriguez as well, beginning in 2009 and continuing through last season.

Cruz reportedly gave Bosch $4000.00 in July of 2012 for treatments that included “troches.” Cruz of the Texas Rangers has not been disciplined for PED use by the league; however, he is listed on a July 2012 record.

Washington Nationals left -hander Gio Gonzalez led the league with 21 wins last season and was third in Cy Young voting, is reportedly mentioned five times in the records, however lacks specific details, except a $1000.00 charge by Gonzalez’s father, Max, said he was the one working with Bosch to lose weight.

The paper cited entries last April indicating Cabrera “has enough meds until May 4” and indicating what the paper terms a “cocktail of drugs including IGF-1.”  Cabrera, signed a $16 million free agent contract with the Toronto Blue Jays during the offseason was suspended 50 games last season for violating baseball’s drug policy.

Colon was suspended last season for violating baseball’s performance-enhancing drug rules. Bosch, in his notes, says Colon’s monthly fee was $3,000, according to Miami New Times. The New Times reprt sent letters to all the players named in the story to ask for comments. None responded

TerraKRW Trading Up 3.9% Over Last Week