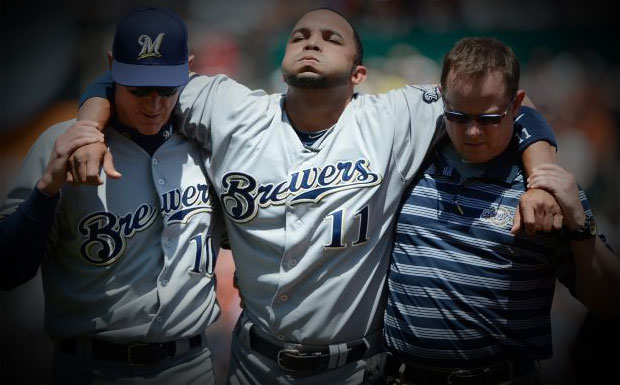 The Milwaukee Brewers have reached an agreement with veteran shortstop Alex Gonzalez on a one-year deal. the deal is reportedly worth $1.5 million and incentives can add another $1 million. Gonzalez will be entering his 15th major league season and turns 36 years old in February. His 2012 season lasted 24 games due to a torn ACL. Gonzalez was hitting .259/.326/.457 at the time of the injury.

Gonzalez will likely serve as a backup to shortstop Jean Segura who was acquired in the Zack Greinke trade with the Los Angeles Angels last summer. Segura was recalled from Double-A Huntsville to take the place of Caesar Izturis at shortstop for the Brewers, late last year and hit .264/.321/.331 over 44 games and 163 plate appearances.

The Brewers do not have established backups for second basemen Rickie Weeks or third baseman Aramis Ramirez, although Gonzalez who has never played a position other than shortstop, he could get an opportunity this spring at a new position. Gonzalez spent the bulk of his career with the Marlins. He’s also played for the Reds, Braves, Red Sox, Blue Jays and Brewers.