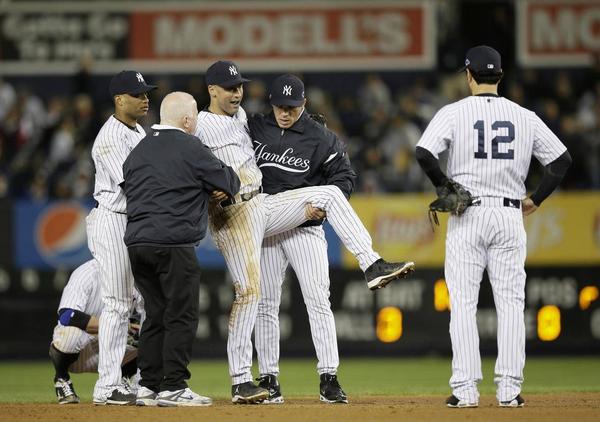 New York Yankees captain Derek Jeter returned to the baseball field at the teams spring training complex in Tampa and  resumed baseball activities for the first time since breaking his left ankle last October. Jeter fielded grounders and also hit in the batting cage. “Everything went well,” Jeter said as he drove out of the complex.

Jeter broke his ankle in the ALCS against Detroit on October 13. Jeter had surgery a week later and the team announced his recovery time would be 4 to 5 months. Jeter began workouts in Tampa earlier this month primarily working and walking on it underwater treadmill.

Jeter has repeatedly stated that he intends to be ready for spring training and at 100%. Asked whether he’d be able to start on Opening Day, Jeter said, “Why not? I’ve always said [I’ll be ready], for a long time. I told you it’s fine now.” On-field running should begin sometime later in his rehabilitation. The Yankees open the regular season on April 1 against the Boston Red Sox.  pitchers and catchers are scheduled to report to spring training camp in Tampa February 12.