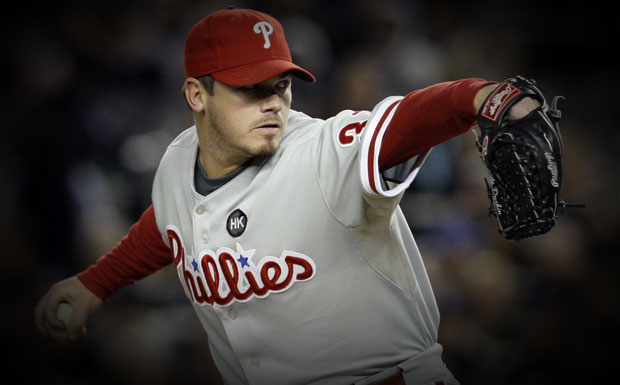 The Philadelphia Phillies have reached an agreement with right-hander Chad Durbin on a one-year deal, pending a physical, the agreement includes a club option for 2014. Durbin pitched for the Phillies from 2008-10, primarily as a middle reliever. Durbin went 11-7 with a 3.62 ERA in his three seasons with the Phils.

Durbin pitched for the Atlanta Braves in 2012 and went 4-1 with a 3.10 ERA in 76 appearances. Durbin will join a bullpen that includes  closer Jonathan Papelbon, setup man Mike Adams and left-hander Antonio Bastardo, setting up a competition in spring training for the remaining three spots for 2013.

The deal is a guaranteed major league contract worth $1.1 million, and includes incentives of up to $350,000. Phillies general manager Ruben Amaro Jr. intent on solidifying a bullpen that struggled in 2012 signed free-agent relievers Mike Adams and  Juan Cruz earlier this off-season as well as John Lannan and Aaron Cook