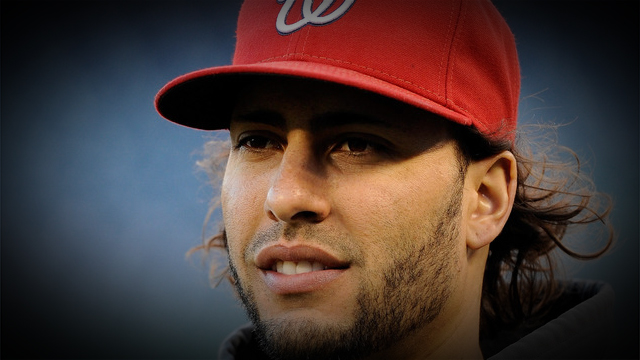 When the Washington Nationals re-signed first baseman Adam LaRoche, it was assumed that it would only be a matter of time before the Nats traded Michael Morse. Today the Nationals sent Morse to the Seattle Mariners in a three-team trade involving the Oakland A’s. In the deal Morse goes to the Mariners, right-handed pitching prospect A.J. Cole is headed to Washington from Oakland, and the Mariners sent catcher John Jaso to Oakland to complete the deal. The Nationals also received Blake Treinen and a player to be named later as part of the trade, that player will be coming from the A’s.

No less six teams had shown interest in Moore’s including, the New York Yankees, Tampa Bay Rays and the Boston Red Sox. Morse, who turns 31 in March, has one year remaining on his contract and will make $6.75 million this season. Over the past three seasons, Morse compiled an .861 OPS and 64 home runs, including 31 in his breakout 2012 season. Morse spent four years early in his career in Seattle before being traded to Washington for Ryan Langerhans.

Cole was the centerpiece of the trade that brought Gio Gonzalez from Oakland to the Nationals. Cole who features a high-octane fastball went 0-7 with a 7.82 ERA at Class A Stockton. He was demoted to Low A  and improved to 6-3 with a 2.07 ERA. The Mariners who acquired Jaso in a trade with Tampa Bay last season, leaves the Mariners after one year and batting .276/.394/.456, hitting 10 home runs and adding 50 RBI. Jaso should be Oakland’s regular catcher against right-handed pitching.