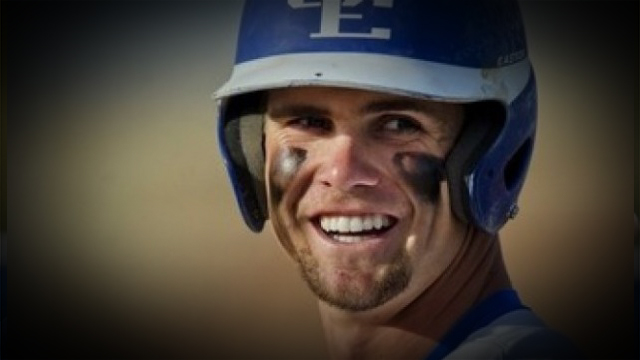 Even after sending uber prospect Wil Myers, and two quality starting pitchers in Jake Odorizzi and Mike Montgomery, to Tampa Bay for veterans James Shields and Wade Davis, the Kansas City Royals still have a deep and talented farm system.

The parent club features an assortment of core players developed in the organization like first baseman Eric Hosmer, third baseman Mike Moustakas, DH Billy Butler, catcher Salvador Perez and left fielder Alex Gordon. The Royals believe in their next wave of prospects, though most of their top names – including  outfielder Bubba Starling, and right-handed starting pitchers Kyle Zimmer and Yordano Ventura – are still in the lower levels of their system.

Here are the Royals top 10 prospects entering the 2013 season:

1) Bubba Starling is the top overall prospect in the Royals organization now that Myers is in Tampa Bay. A first round pick (fifth overall) out of high school in 2011, the 20-year-old Starling was committed as a quarterback to the University of Nebraska before signing with Kansas City, so he is athletic. The five-tool player has a strong arm and raw power, yet he is still at least a year away form the majors after spending last season in the low Single-A Appalachian League.

2) Last summer, Kansas City owned the fifth overall pick again and selected Kyle Zimmer out of the University of San Francisco. The 21-year-old right-hander has a fast ball that reaches 97, a power curve ball and a biting slider – all of which he throws for strikes.

3) At 5-foot-11 and 140 pounds, Yordano Ventura doesn’t look intimidating, but he lets his mid-90s fast ball speak for itself. The 21-year-old Dominican right-hander also has a plus curve ball and change-up, and the Royals are working with him to improve his command.

4) A 19-year-old outfielder from the Dominican Republic, Jorge Bonifacio has the range and athleticism to play center field, but his power potential and his strong arm make him more ideal for right field.

5) Cheslor Cuthbert has been tested by the Royals since he was signed as an international free agent from Nicaragua in 2009. In 2011, he was the youngest player in the Midwest League, hitting .267 with eight home runs and 51 RBI. Last year, as the youngest player in the Carolina League at 19, he average slipped to .240 and he added seven home runs and 59 RBI, but don’t let the lackluster numbers fool you. The 20-year-old third baseman has an advanced hitting approach and projects to hit for average and power as he climbs the system.

6) Adalberto Mondesi, the son of former Major Leaguer Raul Mondesi, posed impressive numbers in his debut season at Idaho Falls in the Pioneer League. At 16, he batted .290 and stole 11 bases in 50 games. The switch-hitting shortstop hits for average, and has raw power. A plus defensive shortstop, Mondesi could reach the majors at an early age.

7) Orlando Calixte was a premium international free agent signing out of the Dominican Republic in 2010 and abtted .262 with 14 home runs and 62 RBI at two Single-A stops last season. Like Mondesi, Calixte is projected to hit for average and power, and he is a solid defensive shortstop.

9) A second round pick out of Vanderbilt University in 2012, Sam Selman is a left-hander who led the Pioneer League with 13.3 strikeouts per nine innings last summer. He features a low to mid 90s heater, a curve ball and a change-up, and the key for him is to avoid the control issues he has previously experienced.

10) Jason Adam signed an above-slot deal with the Royals after he was plucked in the fifth round of the 2010 draft, passing on his commitment to Missouri. He logged a 3.53 ERA and a 1.16 WHIP in 27 starts and 158 innings at advanced Single-A Wilmington last season.