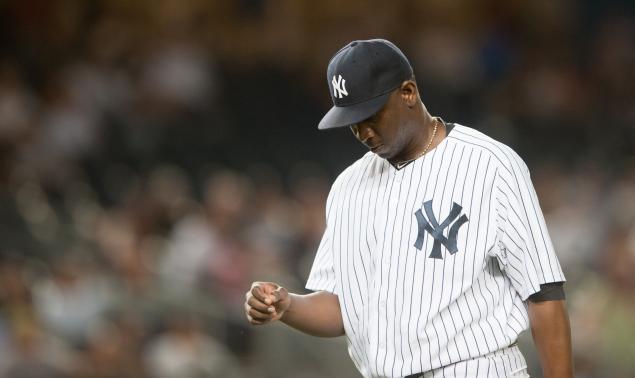 The market for high salaried closers is shifting

Once upon a time, closers like Rafael Soriano were in high demand. Draft picks carried less clout, the ninth inning was critical and it took a special kind of attitude to record those specific three outs.

Nobody used to intentionally create a closer, so finding an already established one was especially useful for a team looking to contend.

When the Red Sox lost the ALCS in 2003, a huge addition was signing Keith Foulke to sure up the bullpen in 2004.

The Red Sox went on to win the World Series for the first time in 86 years with Foulke dancing off the mound in the ninth.

The climate of Baseball is changing

In 2011, MLB teams signed 17 different relievers to multi-year deals. Guys like D.J. Carrasco were being signed for more than even an elite closer seems to be worth now.

Rafael Soriano famously was signed above Yankees’ GM Brian Cashman’s head to a three year deal topping out at $15 million dollars per season.

Soriano opted out of that deal this offseason in the hopes to beat the Yankees’ qualifying offer, a one year $13 million dollar contract.

What him and agent Scott Boras may have underestimated was that the market wasn’t going to revert back to 2011, even for one of the top closers in baseball on a contender in one of the biggest markets in 2012.

In 2012, just five relievers were signed to multi-year deals, most notably Jonathan Papelbon, who was deemed the final piece to an aspiring Phillies team looking to make one last push for a title with an aging core.

Papelbon was an outlier and was widely considered to be overpaid at the time of the signing.

The Phillies, of course, even with a late push, failed to even make the playoffs last season despite a strong performance by Papelbon.

This year, it may drop again.

The three relievers who had yet to be signed as of the time of this article all went on to sign one year deals (Kerry Wood with a mutual option for a second year) and none of the three ended up even being worth that much.

Francisco Cordero lost his job and was eventually released by the Astros, Wood hurt himself and retired before his mutual option was considered and Ryan Madson missed most of the season and was signed to another one year deal this offseason.

What you can assume is that closers demanding huge money should be a thing of the past for the foreseeable future.

Short of a pitcher like Craig Kimbrel, an arm so dominant and thus far healthy so it’s impossible to overlook, the risk is simply not worth the reward.

There’s a reason there is only one Mariano Rivera, and even he finally met his human match with an injury missing most of the 2012 season.

It simply took until he was in his 40’s for Rivera to be a risk.

Rivera is part of the reason the closer market has likely started to die off. His presence has kept the Yankees out of a closer search since 1996.

Other big spenders like the Angels and Nationals have mostly bred their own arms, cost-controlled and at a cheap price.

The Red Sox preferred to trade for their closer last season, when they gave up Josh Reddick for Andrew Bailey.

Boston may not have had to do that if not for the final trend in the closer world.

Unlike years ago when a closer was the best reliever and a reliever was a failed starter, guys are coming up through high school and college trained to handle late innings only.

The Red Sox could have turned to Daniel Bard for half a decade had they not tried to convert him to a starter role, taking him out of his comfort zone and causing him to lose his command for all of 2012.

For now the  Detroit Tigers, a legitimate World Series contender, now are prepared to hand the duties to 21-year-old fireballer Bruce Rondon, a true rookie.

The market looking ahead

The Yankees, once Rivera finally does hang it up, can turn either to dominant homegrown set-up man, Dave Robertson, or a prized arm in the system, Mark Montgomery, who has been brought up exclusively as a reliever like Robertson before him.

Small market teams and non-competitive teams have no reason to spend big on a luxury and most GM’s dont want to risk their potential job or reputation on losing on a reliever.

With a new generation of trained closers, money being wisely spent elsewhere, the unpredictability of the role, big market teams being out of the market and all of the other variables going against big money and multi-year deals on relievers, it’s unlikely guys like Soriano will find a big deal at the end of the day.

The market is simply no longer there.