For a Few Dollars More Dodgers May Extend Kershaw 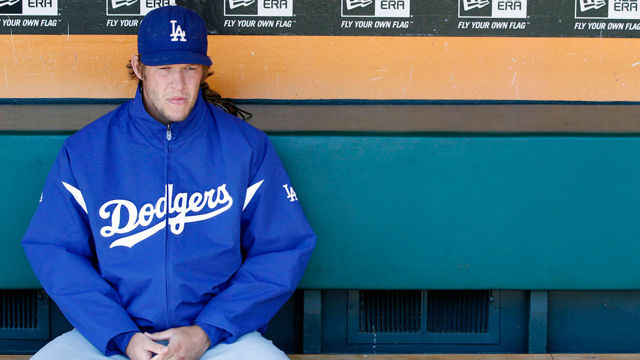 General manager Ned Colletti still feels he has the money to extend resident ace Clayton Kershaw with what he has left.

The Dodgers have to love that TV money scheduled to come in at $ 240 million per year, and they certainly aren’t hesitant about spending it.  According to Bill Shaikin of the Los Angeles Times the team is putting another $100 million into stadium renovations.

Kershaw has led the National League in ERA, WHIP and hits per nine innings the past two seasons.

His ERA has been under 3.00 for the past four seasons.

Kershaw is scheduled to make $11 million in 2013 in the second year of a two-year contract that is worth $19 million.

With that in mind and for a few dollars more Kershaw may get a contract extension sooner rather than later.

Can you say $200 million contract? If you’re the Dodgers, sure you can.