All Signs Point To Yankees Selling 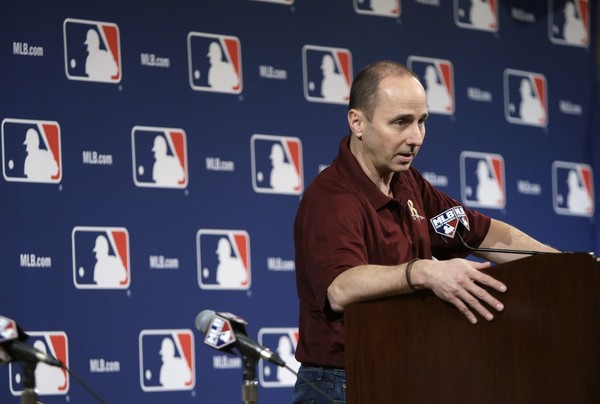 Causing panic among Yankees’ fans is not very difficult

Unlike actual New Yorkers, overreacting is the status quo.

When it comes to sports, fans can become irrational and impulsive in general.

When you root for a team expected to be wildly successful every season, each move often gets scrutinized and magnified.

This is why until today I had no feeling whatsoever the Steinbrenner family was planning on selling the New York Yankees.

I figured this was another example of a giant fan base overreacting over something I considered logical. It made sense the front office felt they could win and didn’t need a $200 million dollar payroll to do it.

Every other team who has won recently has proven as much.

I was on board with the group in charge of my favorite team of all time tightening the ship, not handing out contracts to aging players or paying for past success.

Developing the farm system is always a good practice.

But as of today there are too many recent indications for me to stop being suspicious.

When George Steinbrenner passed away, we as fans figured things would change, albeit not by too much.

We knew Brian Cashman wasn’t the wild west sheriff who snatched every player available like his former boss sometimes acted.

Once Hal Steinbrenner was in charge, we knew things were going to become more financially efficient, but the Front Office still had the same Steinbrenner charm.

After the Big Spend of 2009 (a winter the Yankees had upwards of $80 million dollars coming off the books), we saw the next steps of the transition when big money contracts stopped going out to big ticket players every year.

New York started spending only in re-signing its aging core and has treaded water slightly above $200 million dollars per year ever since.

The team stayed mostly healthy because it was mostly younger, while maintaining a veteran presence.

When the CBA changed I confused the Yankees using a new rule as a cover for conforming to new policies.

It’s easy to believe because of high levels of taxes, New York wants to push the payroll under $189 million dollars.

It only means cutting 20 million off the payroll in a span of three years, which shouldn’t be too difficult. But then you have to keep in mind the Steinbrenners had been paying taxes for years in the form of luxury taxes and revenue sharing.

As the worth of the team rises, was it really that much bigger of an expense to pay an arbitrary $189+ tax in addition to the luxury taxes and revenue sharing?

Wouldn’t most, if not all, if not more of that money be made up for in tickets and success?

Cashman is generally a patient GM, not likely to make impulse moves the past few years. It was again, easy to think the Yankees wouldn’t be active in Nashville because it was still too early.

None of the three were owed more than $12 million dollars total, and Cashman didn’t even offer a contract to Chavez, who was signed for one year and three million dollars by the Arizona Diamondbacks.

All of  a sudden the script goes from not wanting to clog 2014 payroll to New York is simply refusing to spend money, even in 2013.

Is it possible New York gets Kevin Youkilis instead and was willing to give up helpful players like the aforementioned names? Yes.

For me personally, Chavez wasn’t a fit this year. He was great the past two years because he could get a few hundred at bats and be a great counter to A-Rod when he was DH’ing or they wanted a lefty in the game.

This year, with A-Rod already out, the Yankees could use a player not injury prone himself.

But there’s no argument for failing to  sign the other two guys. Or for continuing to wait on Ichiro Suzuki, who has already stated he would come back on a one year deal.

All of a sudden the story has gone from wanting to become more financially responsible, wanting to avoid taxes and wanting to make an unofficial bridge year to 2014 and beyond, to listening on deals for Granderson (who I think New York has come to terms will not be here after next year), selling its shares of the Yes Network, and making a team presentable to be sold with as little debt as possible and enough effort to keep an easily angered fanbase at bay.

The offseason is still salvageable

Re-signing Kuroda, Pettitte and Rivera is a start, making the payroll around $182 million,  instead of Jeffrey Loria’ing your team and causing an uproar.

The Yankees can sign Youkilis and Ichiro and trade Ivan Nova for Mike Morse, using David Phelps in the bullpen and using depth to find a long man.

They can produce a Major League caliber catcher between Austin Romine, Chris Stewart and Francisco Cervelli, have a DH like Morse and bench players like Eduardo Nunez and Chris Dickerson. Michael Pineda and Rodriguez are still expected back at the half way point to provide relief.

None of those players suggested for signing are inked through 2014 and Nova,  a five starter in the current rotation, can easily be replaced.

But now the answers we previously had have become questions and it has nothing to do with catcher, right field or third base.

It has nothing to do with who will be signed to a long-term deal and still be on the roster in 2014.

It has to do with if these owners will still be owning the team.

And we may have an answer sooner rather than later.