Koji Uehara agrees with the Red Sox on one-year deal 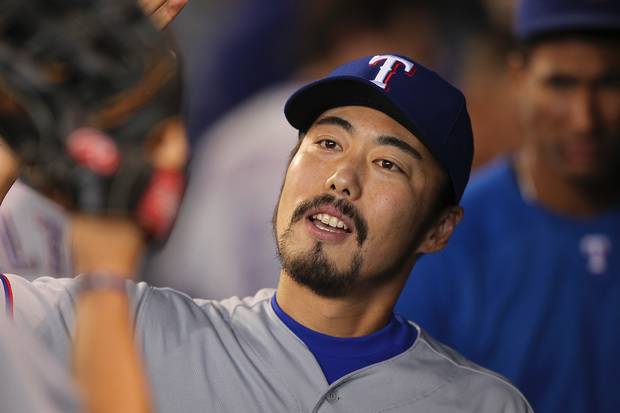 Uehara brings a career 2.89 ERA to the Boston bullpen

The Red Sox reached an agreement on a one-year deal with veteran reliever Koji Uehara. The deal is contingent on Uehara passing a physical Uehara , 37, joins a Boston bullpen that includes Andrew Bailey, Mark Melancon, Alfredo Aceves and Craig Breslow, with Junichi Tazawa, Daniel Bard, Clayton Mortensen, Andrew Miller and Franklin Morales, spent 2012 with the Texas Rangers, finishing with a 1.75 ERA in 37 games. Morales has been told to get ready for a move to the starting rotation this spring. Thus far the Red Sox have signed free agents Mike Napoli, Shane Victorino, David Ortiz, Jonny Gomes, and David Ross. Boston is still searching for starting pitching and one or two bench options. Ryan Dempster is a possible option, according to Ken Rosenthal