Jason Grilli Set to Re-Sign and Return to Pittsburgh 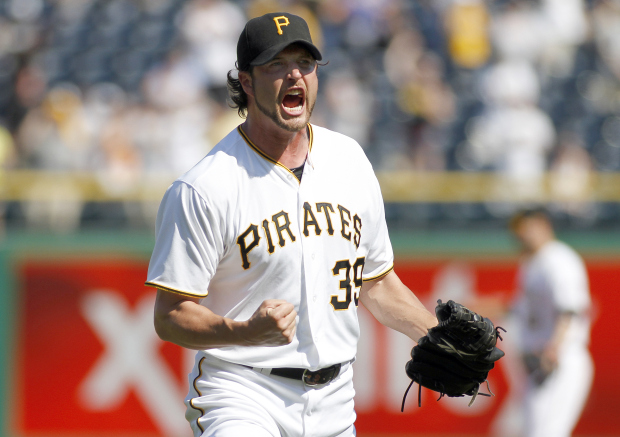 Grilli has not officially announced where he will sign

As Pirates GM Neal Huntington begins his yearly task of rebuilding  the Pittsburgh bullpen, he hopes add veteran Jason Grilli to his list of successes.

After poring over multiple offers, Grilli has not officially decided to re-sign with the Pirates, after having a career year in 2012 in the Pittsburgh bullpen. There are some outlets that are reporting he has re-signed with Pittsburgh.

Grilli was made offers by the Cubs, Blue Jays, Giants, and Pirates, to name a few and was expected to land a multiyear contract.

The 36-year-old Grilli had been seeking a three-year deal, but reportedly each of the clubs are offering two years for roughly the same money.

Grilli was a very effective reliever for the Pirates last season, striking out 90 in 58 2/3 innings.

He was 1-6 with a 2.91 ERA overall in 64 appearances for Pittsburgh last season.

The Pirates acquired lefty Andrew Oliver from the Tigers for catcher Ramon Cabrera,