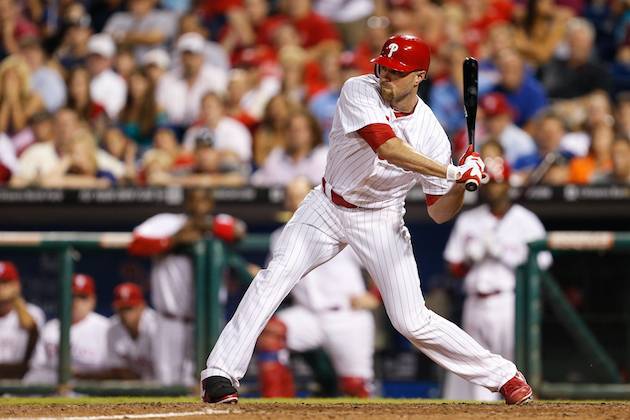 Schierholtz was drawing lots of  interest at the winter meetings

ESPN’s Jerry Crasnick is reporting that the Chicago Cubs have reached reached an agreement with free-agent outfielder Nate Schierholtz on a one-year $2.25 million contract.

Schierholtz was non-tendered by the Philadelphia Phillies last week. Schierholtz hit .257/.321/.407 splitting his season between the San Francisco Giants and the Phillies.

Primarily a right fielder Schierholtz is a plus defender and could add stability to the Cubs outfield in the event that prospect Brett Jackson isn’t ready for the big leagues.

Alfonso Soriano and David DeJesus will be starters in the Cubs outfield barring a trade. Coming into the winter meetings Soriano thought to be most likely to be moved in a trade, making Schierholtz a nice addition.