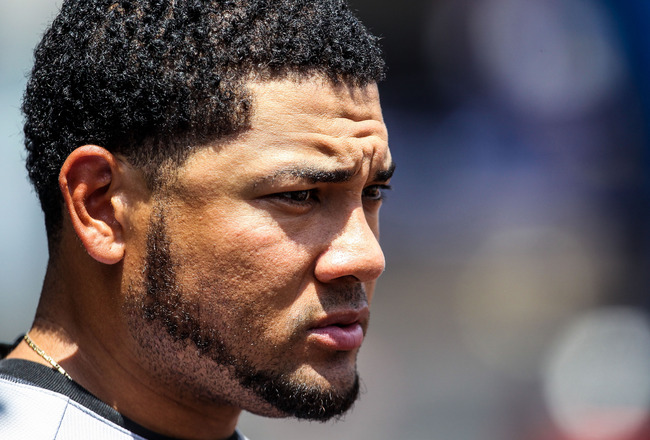 The Toronto Blue Jays have stolen the show in this year’s Hot Stove League. Pending a physical  Melky Cabrera will sign a two-year $16 million contract with the  Blue Jays.

The Blue Jays made news earlier this week finalizing a mega trade with the Miami Marlins in which they acquired Josh Johnson, Mark Buehrle,  Jose Reyes, Emilio Bonifacio and catcher John Buck and free agent utility infielder Maicer Izturis signed a three-year deal worth $10 million with the Toronto in early November.

Cabrera was having the best season of his career with the San Francisco Giants posting a .346/.390/.516 batting line with 11 home runs, 25 doubles and 10 triples when he was suspended for violating baseball’s PED policy.  Cabrera won the All-Star game MVP and was hitting .346 before he was suspended.

The already potent Blue Jays offense gets better. Possible line-up combinations may include Reyes in the leadoff spot with Cabrera, Jose Bautista, Edwin Encarnacion, and Brett Lawrie in the middle, surrounded by Colby Rasmus, J.P. Arencibia, and Adam Lind.

With Josh Johnson and Buehrle anchoring a pitching staff around holdovers Ricky Romero, J.A. Happ and Brandon Morrow  the Blue Jays should contend for the American League East.